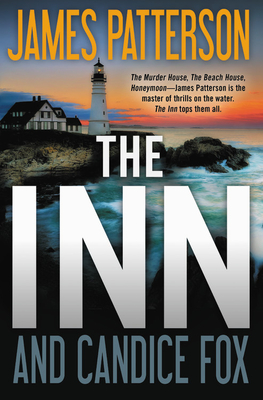 In this action-packed thriller, a quiet seafront town is targeted by vicious criminals, leaving locals no choice but to team up and save the place they love.
The Inn at Gloucester stands alone on the rocky shoreline. Its seclusion suits former Boston police detective Bill Robinson, novice owner and innkeeper. As long as the dozen residents pay their rent, Robinson doesn't ask any questions. Neither does Sheriff Clayton Spears, who lives on the second floor.
Then Mitchell Cline arrives, with a deadly new way of doing business. His crew of local killers break laws, deal drugs, and bring violence to the doors of the Inn. That's when Robinson realizes, with the help of journalist Susan Solie, that leaving the city is no escape from the reality of evil -- or the responsibility for action.
Teaming up with Sheriff Spears and two fearless residents -- Army veteran Nick Jones and groundskeeper Effie Johnson -- Robinson begins a risky defense. The solitary inhabitants of the Inn will have to learn, before time runs out, that their only choice is between standing together -- or dying alone.

James Patterson is the world's bestselling author and most trusted storyteller. He has created many enduring fictional characters and series, including Alex Cross, the Women's Murder Club, Michael Bennett, Maximum Ride, Middle School, and I Funny. Among his notable literary collaborations are The President Is Missing, with President Bill Clinton, and the Max Einstein series, produced in partnership with the Albert Einstein Estate.
Patterson's writing career is characterized by a single mission: to prove that there is no such thing as a person who "doesn't like to read," only people who haven't found the right book. He's given over three million books to schoolkids and the military, donated more than seventy million dollars to support education, and endowed over five thousand college scholarships for teachers. The National Book Foundation recently presented Patterson with the Literarian Award for Outstanding Service to the American Literary Community, and he is also the recipient of an Edgar Award and six Emmy Awards. He lives in Florida with his family.

This feature require that you enable JavaScript in your browser.
END_OF_DOCUMENT_TOKEN_TO_BE_REPLACED

END_OF_DOCUMENT_TOKEN_TO_BE_REPLACED

This feature require that you enable JavaScript in your browser.
END_OF_DOCUMENT_TOKEN_TO_BE_REPLACED