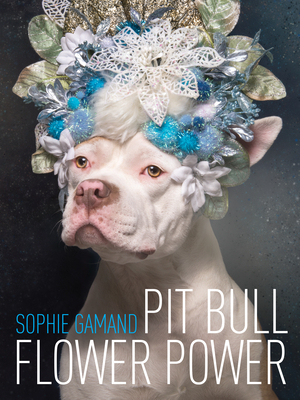 For decades, pit bulls have been demonized by society and portrayed as hellhounds. They've become the most feared, hated, and abused of all companion animals. Some cities and even entire countries ban them, while the media persist in associating them with viciousness. This unjust reputation has sealed the fate of millions of dogs, who face prejudice around the world and languish in shelters, where they are the most euthanized. In America alone, hundreds of thousands of pit bulls are put to sleep every year. Since 2014, French photographer Sophie Gamand has been composing portraits of adoptable pit bulls from more than thirty shelters and rescues throughout the United States. Many had been waiting for years for a home. Adorning her models with handmade flower-crowns, Gamand tells each dog's story and celebrates their inherent personality, vulnerability, and individuality. Posted and shared widely on social media, the portraits--at once charming, candid, and deeply affecting--have not only led to hundreds of dogs finding loving, forever homes, but have also spurred efforts to destigmatize an animal whose reputation for violence says more about us than it does the character of the dogs themselves. Full of moving, honest, and inspiring stories of individual dogs and their lives (and deaths), Pit Bull Flower Power presents a vivid, beautifully composed cross-section of Gamand's extraordinary work. The book also serves as a testament to the caring people who work in animal rescue, the passion and dedication of those who provide homes for these animals, and the dignity, forbearance, and love of these dogs, who are at the mercy of humans.