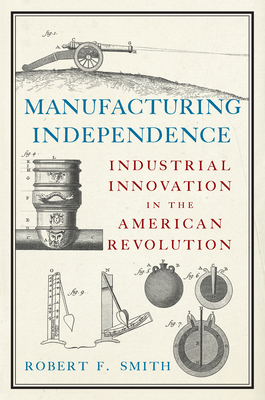 The Untold Story of the Industrial Revolution and the American Victory in the War for Independence
Benjamin Franklin was serious when he suggested the colonists arm themselves with the longbow. The American colonies were not logistically prepared for the revolution and this became painfully obvious in war’s first years. Trade networks were destroyed, inflation undermined the economy, and American artisans could not produce or repair enough weapons to keep the Continental Army in the field. The Continental Congress responded to this crisis by mobilizing the nation’s manufacturing sector for war. With information obtained from Europe through both commercial exchange and French military networks, Congress became familiar with the latest manufacturing techniques and processes of the nascent European industrial revolution. They therefore initiated an innovative program of munitions manufacturing under the Department of the Commissary General of Military Stores. The department gathered craftsmen and workers into three national arsenals where they were trained for the large-scale production of weapons. The department also engaged private manufacturers, providing them with materials and worker training, and instituting a program of inspecting their finished products.
As historian Robert F. Smith relates in Manufacturing Independence: Industrial Innovation in the American Revolution, the colonies were able to provide their military with the arms it needed to fight, survive, and outlast the enemy—supplying weapons for the victory at Saratoga, rearming their armies in the South on three different occasions, and providing munitions to sustain the siege at Yorktown. But this manufacturing system not only successfully supported the Continental Army, it also demonstrated new production ideas to the nation. Through this system, the government went on to promote domestic manufacturing after the war, becoming a model for how the nation could produce goods for its own needs. The War for Independence was not just a political revolution, it was an integral part of the Industrial Revolution in America.

"Manufacturing Independence tells two brilliantly interwoven stories, and it tells them both wondrously well. In the one, we discover how a handful of unsung heroes made the weapons that Washington’s army had to have to win the war for independence. In the other, we learn how the industrial revolution first came to America. Each of them is a history we’ve never had before. Together, in surprising and revelatory ways, they transform our understanding of our Revolutionary origins and our modern economy."—Michael W. Zuckerman, University of Pennsylvania

"Employing the little-used records of the Second Continental Congress’ Department of the Commissary General of Military Stores, Robert Smith accomplishes two things of considerable importance that together change consequential aspects of our understanding of revolutionary America. Not only does he reveal an intriguing story about war-time and post-war America but he also opens up a wholly new window on the transformation of the colonial economy to the more modern economy of the early national period. The needs of war and the agency of government acted in concert to convert the work of colonial craftsmen into an emerging manufacturing sector, a proto-industry, gunsmithing on the cusp of becoming gun-manufacturing. This is a most exciting work, authoritatively realized, impressively accomplished!"—John J. McCusker, Ewing Halsell Distinguished Professor Emeritus of American History and Professor Emeritus of Economics, Trinity University

"Manufacturing Independence is a pathbreaking study that casts a flood of light on the logistical demands, successes and, yes, failures of the American Revolution. In addition to showing how American armies were armed and equipped during the conflict, Robert Smith underscores the critical role that the fledgling central government and its hastily assembled procurement agencies (notably Samuel Hodgdon’s tireless work as Commissary General of Military Stores) played in stoking the fires of the industrial revolution in America. In doing so, he recasts our understanding of the American Revolution’s larger economic significance and adds a new chapter to the story of military enterprise and technological change in the early national period. Anyone interested in how the United States gained independence and charted its industrial future will want to read this fascinating volume."—Merritt Roe Smith, Cutten Professor of the History of Technology, STS and History Faculties, Massachusetts Institute of Technology

This feature require that you enable JavaScript in your browser.
END_OF_DOCUMENT_TOKEN_TO_BE_REPLACED

END_OF_DOCUMENT_TOKEN_TO_BE_REPLACED

This feature require that you enable JavaScript in your browser.
END_OF_DOCUMENT_TOKEN_TO_BE_REPLACED