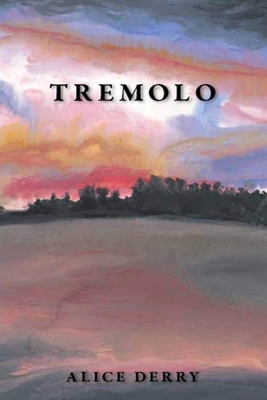 Tremolo can be contained in the line from Theodore Roethke’s villanelle, “The Waking”: “This shaking keeps me steady. I should know.” In music, tremolo describes notes which are repeated in time, as opposed to trill, notes which stand outside the composition’s basic beat. In the same way, our lives often cannot “claim their own space,” but are forced to fit circumstance. The effect is tremulous: we are full of trembling, easily shaken. The book journeys through terrain where the speaker must accept what she’s given: a mother’s death, a daughter’s leaving home, a father’s dementia, a life compromised by war, prejudice, and violence, the myriad fearful situations of each day. The poems search for safety, ultimately understanding that the steadiness the speaker knows comes from taking the path in front of her, fully embracing her trembling. The wisdom of these poems is garnered from journeys the speaker fears, but must undertake. As Roethke writes, “I learn by going where I have to go.”

Alice Derry was born in Oregon and raised in Washington and Montana. Her M.F.A. is from Goddard College (now Warren Wilson College). Her third collection of poetry, Strangers to Their Courage (Louisiana State University Press, 2001), was a finalist for the 2002 Washington Book Award. Stages of Twilight (Breitenbush, 1986), Derry’s first collection, won the King County Publication Award, chosen by Raymond Carver; Clearwater was published by Blue Begonia Press in 1997. Derry also has three chapbooks: Getting Used tothe Body (Sagittarius Press, 1989), Not As You Once Imagined (Trask House, 1993), and translations from the German poet Rainer Rilke (Pleasure Boat Studio, 2002). Derry has won a number of prizes, and her poems have been widely published in anthologies. She teaches English and German at Peninsula College in Port Angeles on Washington’s Olympic Peninsula where she has co-directed the Foothills Writers’ Series since 1980. Tremolo is her fourth collection.

“Tremolo is a tour de force of vibratory power that marks Alice Derry as having come into her own as one of our very best poets. I am greatly moved by these narratives with their rushing crescendos, the way they sweep us into our own inner chambers. Derry possesses an exquisite emotional and moral register. She is unstintingly frank about our failures with each other while witnessing the tenderness, the give and take that let us cleave to each other.”—Tess Gallagher

“Alice Derry’s poems exert their force in two directions. One is outward—they show us how the personal drama of family is connected to the larger drama of history. But they also dig inward, through the surface cordialities to reveal the layers of our lives that are like music, fluttering between the sharp and flat and true.”—Lucia Perillo

“Alice Derry’s poems are small, daring miracles of knowing. She looks at the natural world and the human family so unflinchingly that she discovers, with sad precision, the beauty and frailty of our connections to what we love. She tackles the most difficult of subjects with a breathtaking honesty and fearlessness. I have come to depend upon her poems to shake up what I think I know, to move me from an accepted, comfortable opinion into an intellectual field of dazzling complexity. This is a book you won’t want to lend to anyone—you won’t get it back.”—Lorna Crozier

“By deeply experiencing her own life, Derry enters into the lives of others with compassion and insight. Her poems invite us to do the same: become the Shiite woman forced to wash bodies of the dead in order to feed her children; the homeless family living in a car; village daughters in Darfur ‘burned to cover their spoilage.’ Derry also has us ‘getting tangled up with flowers’ as she celebrates the arts of music and painting, and the deep bond between herself and her daughter. Through language that illuminates correspondences we would otherwise miss, she explores both the grief of history and ‘the complications of hope’ with a poet’s generous heart.”—Charlotte G. Warren, Gandhi’s Lap

This feature require that you enable JavaScript in your browser.
END_OF_DOCUMENT_TOKEN_TO_BE_REPLACED

END_OF_DOCUMENT_TOKEN_TO_BE_REPLACED

This feature require that you enable JavaScript in your browser.
END_OF_DOCUMENT_TOKEN_TO_BE_REPLACED