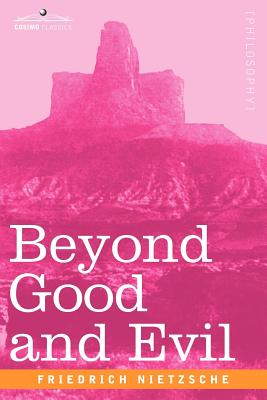 He's one of the most debated writers of the 19th century: Nietzsche and his works have been by turns vilified, lauded, and subjected to numerous contradictory interpretations, and yet he remains a figure of profound import, and his works a necessary component of a well-rounded education. This 1885 book serves as both vital introduction to and valuable summation of Nietzsche's philosophy as a whole. Here, broken down into bite-size segments are the great thinker's outlook on philosophical bias, religion, morality, virtue, nationalism, free-spiritedness, scholarship, gender relations, and other weighty topics. German psychologist and philosopher FRIEDRICH WILHELM NIETZSCHE (1844-1900) was appointed special professor of classical philology at the University of Basel at the precocious age of 24, but soon found himself dissatisfied with academic life and created an alternative intellectual society for himself among friends including composer Richard Wagner, historian Jakob Burckhardt, and theologian Franz Overbeck. Among his philosophical works are Thus Spoke Zarathustra, Beyond Good and Evil, and Ecce Homo. ______________________________________ ALSO FROM COSIMO Nietzsche's The Use and Abuse of History, Thus Spake Zarathustra, and The Anti-Christ.