The Bee and the Acorn: A Memoir by Paula Susan Wallace (Classics) (Hardcover) 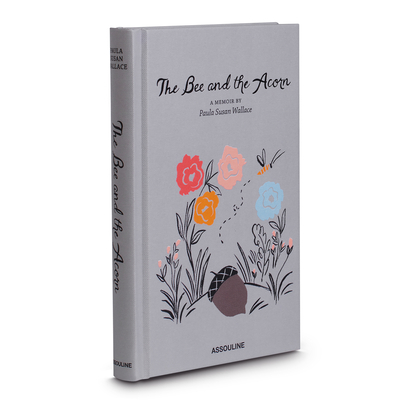 By Paula Susan Wallace
$35.00
Email or call for price.

"In 1977, the world was ready for something new," writes Savannah College of Art and Design (SCAD) president and founder Paula Wallace. "All around us, dreamers were dreaming up new ideas: Star Wars, the Clash, Apple. I was nearing thirty and ... wondered if I could do more." Nearly forty years later, SCAD has become one of the largest and most highly regarded arts universities in the world. An engaging, moving, and inspiring memoir, The Bee and the Acorn traces the journey of Wallace and her family to the historic Georgia coastal town of Savannah, where they set about creating a new university for the arts. The tiny college would be a radically different kind of institution, buzzing with progressive ideas about what a college could be and what it should do for students, changing the face of higher education.

Paula Wallace is the president and founder of the Savannah College of Art and Design. Wallace earned a Bachelor of Arts degree from Furman University and Master of Education and Education Specialist degrees from Georgia State University; she also was awarded an honorary Doctor of Laws from Gonzaga University. She has authored several children's books and two interior design titles: Perfect Porches and A House in the South. Among her many honors, she has been named one of the world's Most Admired Educators' by DesignIntelligence and Entrepreneur of the Year; by Ernst & Young, and was awarded the inaugural Elle Decor Vision Award, and has been appointed a Chevalier dans l'Ordre des Palmes Academiques by the French Embassy in the U.S. She currently serves on the National Advisory Board of the National Museum of Women in the Arts in Washington, D.C. Wallace enjoys spending time with her husband and her four children.

This feature require that you enable JavaScript in your browser.
END_OF_DOCUMENT_TOKEN_TO_BE_REPLACED

END_OF_DOCUMENT_TOKEN_TO_BE_REPLACED

This feature require that you enable JavaScript in your browser.
END_OF_DOCUMENT_TOKEN_TO_BE_REPLACED