The Cow in the Parking Lot: A Zen Approach to Overcoming Anger (CD-Audio) 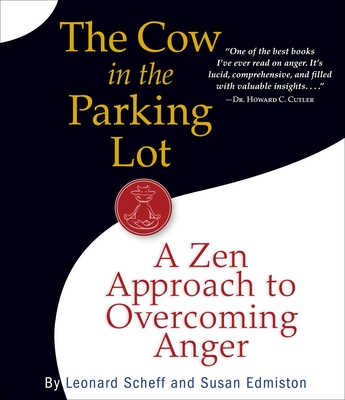 Imagine you’re circling a crowded parking lot. Just as you spot a space, another driver races ahead and takes it. In a world of road rage, domestic violence, and professionally angry TV and radio commentators, your likely response is anger, even fury. Now imagine that instead of another driver, a cow has lumbered into that parking space and settled down. Your anger dissolves into bemusement. What has changed? Not just the occupant of the space but your perspective on the situation.

We’re a society swimming in anger, always about to snap. Using simple, understandable Buddhist principles, Scheff and Edmiston explain how to replace anger with happiness. They introduce the four kinds of demands that most commonly underlie anger (Important and Reasonable, Reasonable but Unimportant, Irrational, and Impossible), then show how to identify our real unmet demands, dissolve our anger, and change what happens when our buttons are pushed. We learn to laugh at ourselves, a powerful early step, and realize that others don’t make us angry. Only we can make ourselves angry.

BILL MENDIETA has performed on screen and in many regional theaters around the country, performing new plays, classics and musicals. He has also directed several short films and taught numerous acting and creative workshops for kids and adults. He is a partner in Transcending Pictures and works with the production company, WSR Creative, creating media content for commercials, television, film and the web.

Leonard Scheff, a successful trial lawyer in Tucson, Arizona, is also a practicing Buddhist who, for the last fifteen years, has conducted seminars on managing anger.

“One of the best titles available on anger management. It’s packed with insights and techniques that advocate getting calm instead of angry, and comes from a trial attorney who used anger to fuel his fiery courtroom presence. Buddhist wisdom permeates a powerful survey of what provokes anger and how to turn it aside.”
—California Bookwatch

This feature require that you enable JavaScript in your browser.
END_OF_DOCUMENT_TOKEN_TO_BE_REPLACED

END_OF_DOCUMENT_TOKEN_TO_BE_REPLACED

This feature require that you enable JavaScript in your browser.
END_OF_DOCUMENT_TOKEN_TO_BE_REPLACED