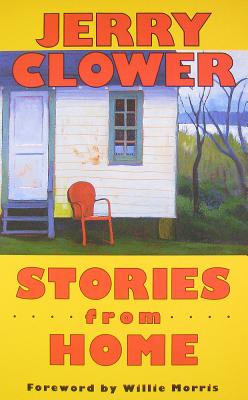 Brimming with his rich humor, Jerry Clower's book manifests the unsurpassed southern art of yarn spinning. It also shows the nature of the man for whom good storytelling is more than just show business. Nashville's funniest man had a serious side. Deep in the merry heart of this comic entertainer were the codes and values that made him an esteemed humanitarian. He was named America's best country comic for nine years in a row and was called "the funniest American storyteller since Will Rogers" and "the Mouth of the Mighty Mississippi." This boisterous, downhome man's loving, extroverted manner and his forthright display of positive feelings for others arose from the substance of sober, rock-solid regional values he gained from maturing in the rural South. Stories from Home embraces both sides of Jerry Clower, the funny man and the serious man, and shows his anecdotal humor in the mainstream of the South's great oral tradition of folktales and narratives. Jerry Clower's hilarious stories about possum hunting, coon dogs, and the rambunctious Ledbetter clan were standards in his stage routines, videos, and albums. In Stories from Home many of his fans' favorite Clower tales are included. Here, too, is a long interview in which he explored his beliefs and tells how he gained firm convictions about race, religion, education, and family as well as an intolerance of negativism.

Jerry Clower (1926-1998) was Mississippi's most beloved comedian. He produced over twenty-seven comedy recordings during his lifetime, all of which chronicled rural southern life in the twentieth century. He frequently appeared as a member on The Grand Ole Opry and hosted his own radio show, Country Crossroads.

This feature require that you enable JavaScript in your browser.
END_OF_DOCUMENT_TOKEN_TO_BE_REPLACED

END_OF_DOCUMENT_TOKEN_TO_BE_REPLACED

This feature require that you enable JavaScript in your browser.
END_OF_DOCUMENT_TOKEN_TO_BE_REPLACED