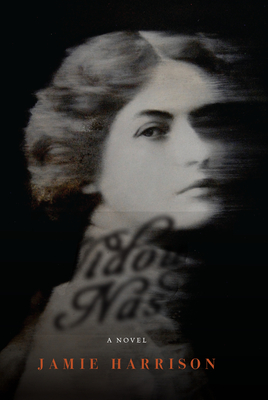 Winner of the 2017 Reading the West Award A New York Times Book Review Editors' Choice "What keeps you reading is not just the quality of the writing, which is just absolutely wonderful, but also to find out: Is Dulcy] going to remake herself]? Can this be successful? Or is she going to be found out?" ―Nancy Pearl, Morning Edition, NPR Dulcy Remfrey has traveled the globe with her eccentric father, Walton, a wealthy entrepreneur obsessed with earthquakes and catastrophe, searching to cure his long battle with syphilis through any crackpot means necessary. Their deep connection is tested, however, when Walton returns from an African expedition without any of the proceeds from the sale of his gold mine. It seems he's lost his mind along with the great sum of money, his health declining rapidly. Her father's business partner (and her ex-fianc ) insists Dulcy come to Seattle to decipher her father's cryptic notebooks--a dozen in all, wrapped in brightly colored silk--which may hold clues to the missing funds. Yet when her father dies before they can locate the money, Dulcy falls under suspicion. Petrified of being forced to spend the rest of her life with her ex-love, Dulcy decides to disappear from the train bringing her father's body home. Is it possible to disappear from your old life and create another? Dulcy travels the West reading stories about her presumed death and settles into a small Montana town where she is reborn as Mrs. Nash, a wealthy young widow with no burden of family. But her old life won't let go so easily, and soon her ex-fianc is on her trail, threatening the new life she is so eager to create. The Widow Nash is a riveting narrative, filled with a colorful cast of characters, rich historical details, and epic set pieces. Europe in summer. New York in fall. Africa in winter. The lively, unforgettable town of Livingston, Montana. And in Dulcy, Jamie Harrison has created an indelible heroine sure to capture the hearts of readers everywhere. "This gorgeously written historical novel follows Dulcy, a young woman in 1904 who attempts to flee her late father's business problems―and her violent ex-fiance's grasp―by traveling west and posing as a wealthy widow." ―Entertainment Weekly

Jamie Harrison has lived in Montana with her family for almost thirty years. She has worked as a caterer, writer, and as a technical editor for archaeological, botanical, and biological reports. She is the daughter of Jim Harrison.