Knight of the Ice 1 (Paperback) 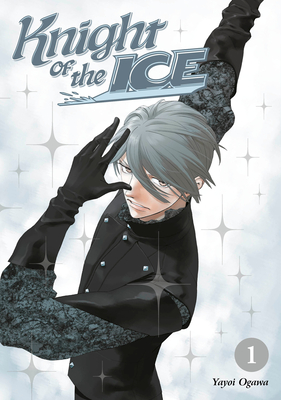 A rom-com manga on ice, perfect for fans of Princess Jellyfish and Wotakoi. Kokoro is the talk of the figure-skating world, winning trophies and hearts. But little do they know... he's actually a huge nerd! From the beloved creator of You're My Pet (Tramps Like Us).

A KNIGHT ON ICE

Chitose is a career woman, with a job at a magazine and serious aspirations...except her childhood friend is an international figure skating star who won't stop distracting her! On the ice, Kokoro Kijinami is a flawless, gallant knight, winning trophies and hearts alike, but behind his glittery costumes and breathtaking spins lies a secret: He's actually a hopeless romantic otaku who can only land his quad jumps when Chitose is on hand to recite a spell from his favorite magical girl anime! So when a business trip takes her away from Kokoro's biggest competition yet, what will happen without Chitose there to work her magic?

Yayoi Ogawa is a manga artist from Kanagawa, Japan. Knight of the Ice is her second series to be published in English after cult classic You're My Pet (originally published under the title Tramps Like Us), which was a 2003 Kodansha Manga Award winner.

"Ogawa’s art is distinctive and energetic, capturing Kokoro’s graceful poses along with plenty of emotional outbursts and quieter moments of romantic confusion... extremely engaging. I’m on board for this whole series!" -Manga Bookshelf

This feature require that you enable JavaScript in your browser.
END_OF_DOCUMENT_TOKEN_TO_BE_REPLACED

END_OF_DOCUMENT_TOKEN_TO_BE_REPLACED

This feature require that you enable JavaScript in your browser.
END_OF_DOCUMENT_TOKEN_TO_BE_REPLACED