American Prisoner of War Camps in Washington and Oregon (Paperback) 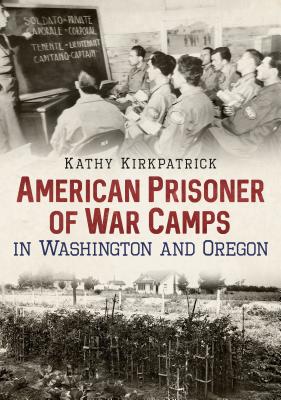 American Prisoner of War Camps in Washington and Oregon describes the impact of the large number of prisoners of war on the populations of Washington and Oregon, as well as the impact of the people of Washington and Oregon on those imprisoned there. Providing detail on the care and employment of prisoners of war according to the Geneva Convention of 1929, the lives of POWs in these states are illustrated, along with the details of camp locations and the deaths and burials that occurred among them. Some prisoner names are included, as well as references to source materials at various repositories. Historical photographs serve to provide depth to the story.

This feature require that you enable JavaScript in your browser.
END_OF_DOCUMENT_TOKEN_TO_BE_REPLACED

END_OF_DOCUMENT_TOKEN_TO_BE_REPLACED

This feature require that you enable JavaScript in your browser.
END_OF_DOCUMENT_TOKEN_TO_BE_REPLACED