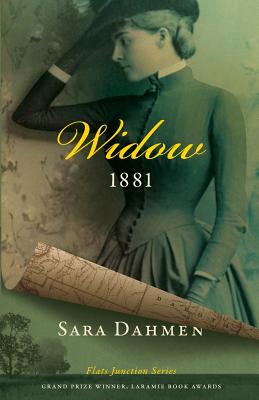 The Dakota Territories held promise for misfits, outlaws, and hardened pioneers, but would Flats Junction offer enough sanctuary and hope for the widow from Back East? Boston widow Jane Weber moves to the Dakota Territories to retain her curated sense of propriety. Stirring up controversy, Jane rooms with the last Blackfoot Sioux in town and navigates a mercurial friendship with the fiercely independent town grocer. She finds everyone has an untold story, including her unpredictable employer, the town doctor. With her inexperience and her uncertainty, Jane muddles through hard work and inescapable health issues, all while trying to learn exactly how necessary properness and purpose is needed to find her voice.

Set against a backdrop of the prairie, the Flats Junction Series focuses on the overarching theme of womanhood: how does the torch pass from wise matriarchs to the next generation? Who were the millions of regular woman who really settled the last frontier? And how do they learn to work together to glue civilization into the heart of the west?

The print version of "Widow 1881" has charming illustrations and a map of the Flats Junction, Dakota area. Both the epub and print editions come with Book Club Questions, Historical References, and Notes for the Reader.

This feature require that you enable JavaScript in your browser.
END_OF_DOCUMENT_TOKEN_TO_BE_REPLACED

END_OF_DOCUMENT_TOKEN_TO_BE_REPLACED

This feature require that you enable JavaScript in your browser.
END_OF_DOCUMENT_TOKEN_TO_BE_REPLACED