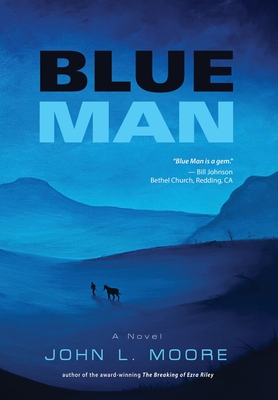 Ezra Riley is a hardened Montana cowboy who prefers the hills, cattle, and horses to cities, but his unique gift for dream interpretation has him secretly taken to the White House where the President is suffering from recurring nightmares. Riley's encounter with the President launches a series of attacks by the man behind the nightmares, William Anderson Hall, an elderly master spy and a pioneer in the CIA's experiments with psychic powers and hallucinogens. In his remote Virginia compound, Hall has invested 30 years and millions of dollars in creating Blue Man, the ultimate psychic warrior.

Riley's life is soon complicated by Davis Browne, a former agent with the Department of Homeland Security, and Hall's two nieces, Isabel Elizabeth Hall and Mary Margaret Hall. Riley's rough ride is balanced by his cowboy friend, the cartoonist Barney Wallace, whose loyalty follows Riley to the climactic end and the revelation of the content of the President's dream.

This feature require that you enable JavaScript in your browser.
END_OF_DOCUMENT_TOKEN_TO_BE_REPLACED

END_OF_DOCUMENT_TOKEN_TO_BE_REPLACED

This feature require that you enable JavaScript in your browser.
END_OF_DOCUMENT_TOKEN_TO_BE_REPLACED