And Then They Were Gone: Teenagers of Peoples Temple from High School to Jonestown (Paperback) 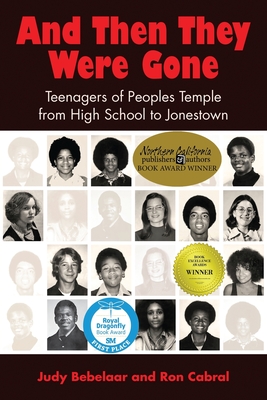 Of the 918 Americans who died in the shocking murder-suicides of November 18, 1978, in the tiny South American country of Guyana, a third were under eighteen. More than half were in their twenties or younger. And Then They Were Gone: Teenagers of Peoples Temple from High School to Jonestown begins in San Francisco at the small school where Reverend Jim Jones enrolled the teens of his Peoples Temple church in 1976. Within a year, most had been sent to join Jones and other congregants in what Jones promised was a tropical paradise based on egalitarian values, but which turned out to be a deadly prison camp. Set against the turbulent backdrop of the late 1970s, And Then They Were Gone draws from interviews, books, and articles. Many of these powerful stories are told here for the first time.

And Then They Were Gone provides fresh information about the teen members of Peoples Temple, filling a vast gap in our overall understanding of Jim Jones and his (mostly) doomed followers. I'm grateful to the authors for these insights. - Jeff Guinn, author of The Road to Jonestown: Jim Jones and Peoples Temple.

Seen through the eyes of two of the Jonestown teens' high school teachers, this book is a work of love and fond memories. . . a testament to how youth and innocence can be hijacked. The dead cannot speak, yet Bebelaar and Cabral have allowed us to hear their voices once more. - Deborah Layton, author of Seductive Poison: A Jonestown Survivor's Story of Life and Death in the Peoples Temple