Persuaded: The Story of Nicodemus, a Novel (Hardcover) 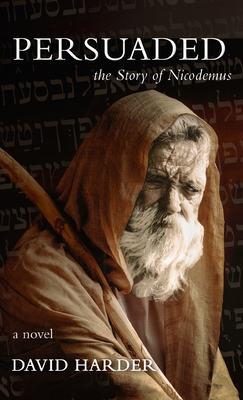 Escaped narrowly after the fall of Jerusalem . . .

Pursued relentlessly by the Sanhedrin . . .

Entrusted covertly with a mission more significant than he had imagined . . .

From the prison colony on Patmos, the Apostle John entrusts Nicodemus with manuscripts for the Christian fellowships increasing throughout the Roman Empire. While transcribing the manuscript, Nicodemus is prompted to recall his former life and his encounter with Y'shua - a man of mystery, a healer, a teacher, and a prophet. An encounter that changed everything.

Under the cover of darkness, risking his reputation and endangering his life even further, it is here that Nicodemus realizes the world-changing power of the Good News . . . and what being a follower of Y'shua truly means.

This feature require that you enable JavaScript in your browser.
END_OF_DOCUMENT_TOKEN_TO_BE_REPLACED

END_OF_DOCUMENT_TOKEN_TO_BE_REPLACED

This feature require that you enable JavaScript in your browser.
END_OF_DOCUMENT_TOKEN_TO_BE_REPLACED