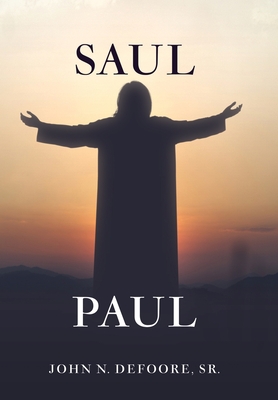 God chose this man out of all the humans born on this earth. God chose him to record the events of his time. God chose him to write the message for Christians in the future. God chose Paul not only to preach and teach but also he was chosen to suffer and finally to die for the Lord he had obediently served. John DeFoore was born in a small town in Mississippi. He grew up surrounded by the cotton fields and dense forests. He left home at age 17 and went to work with a highway construction group. He finished high school, went to college and when WWII began he was drafted in 1940. He served seven years in the military going into the service as private first class and discharged as a major in 1947. He was in the Infantry, saw service in New Guinea, Netherlands East Indies and the Philippines. he was awarded the Bronze Cross for service, "above and beyond" during an amphibious landing on Morotai Island. John was ordained as a Baptist Minister in 194l, graduating from Mississippi College with a Bachelor of Science degree; Master of Theology degree from Southern Baptist Theological seminary; and did further study at New College in Edinburgh, Scotland; Princeton, Harvard and Jungian Institute in Zurich, Switzerland. He is married to Marion Sue Defoore and the father of four sons and two step-sons.

This feature require that you enable JavaScript in your browser.
END_OF_DOCUMENT_TOKEN_TO_BE_REPLACED

END_OF_DOCUMENT_TOKEN_TO_BE_REPLACED

This feature require that you enable JavaScript in your browser.
END_OF_DOCUMENT_TOKEN_TO_BE_REPLACED