All They Will Call You (Compact Disc) 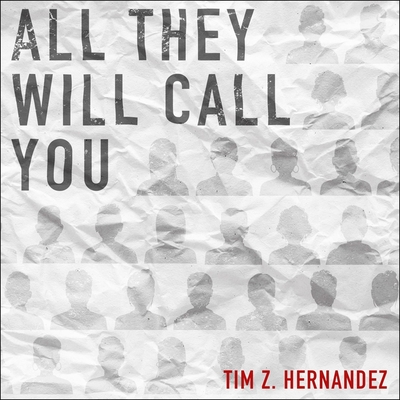 All They Will Call You is the harrowing account of the worst airplane disaster in California's history, which claimed the lives of thirty-two passengers, including twenty-eight Mexican citizens--farmworkers who were being deported by the US government. Outraged that media reports omitted only the names of the Mexican passengers, American folk icon Woody Guthrie penned a poem that went on to become one of the most important protest songs of the twentieth century, Plane Wreck at Los Gatos (Deportee). It was an attempt to restore the dignity of the anonymous lives whose unidentified remains were buried in an unmarked mass grave in California's Central Valley. For nearly seven decades, the song's message would be carried on by the greatest artists of our time, including Pete Seeger, Dolly Parton, Bruce Springsteen, Bob Dylan, and Joan Baez, yet the question posed in Guthrie's lyrics, Who are these friends all scattered like dry leaves? would remain unanswered--until now. Combining years of painstaking investigative research and masterful storytelling, award-winning author Tim Z. Hernandez weaves a captivating narrative from testimony, historical records, and eyewitness accounts, reconstructing the incident and the lives behind the legendary song.

This feature require that you enable JavaScript in your browser.
END_OF_DOCUMENT_TOKEN_TO_BE_REPLACED

END_OF_DOCUMENT_TOKEN_TO_BE_REPLACED

This feature require that you enable JavaScript in your browser.
END_OF_DOCUMENT_TOKEN_TO_BE_REPLACED