This Cursed War: Lachlan McIntosh of Georgia and the tribulations of his family during the American Revolution (Paperback) 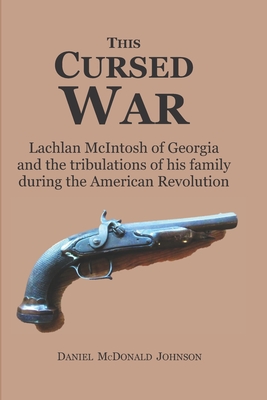 Lachlan McIntosh suffered setbacks to his military strategies and smears to his reputation throughout the American Revolution, all the while worried about the welfare of his wife, children, brothers and sister. Yet he persevered.McIntosh established a string of forts to protect Georgia's southern border, but British, loyalist and Indian opponents overran the forts and raided into Georgia. Plantations belonging to McIntosh families were trampled by British and American troops. When Button Gwinnett arrested Lachlan's younger brother George for treason, Lachlan killed Gwinnett in a duel. Gwinnett's supporters called for Lachlan to be removed from command, and he transferred to George Washington's army. While with Washington, he endured the terrible winter at Valley Forge. Washington then assigned McIntosh command of the Western Department. After the British captured Savannah, McIntosh returned to the South in an unsuccessful attempt to extricate his family from behind enemy lines. His wife and children huddled in basements while artillery bombarded the town. When his wife and children were released after the Siege of Savannah, McIntosh escorted them to the backcountry. He became a prisoner when Charleston fell to British besiegers. His family fled across the South and found refuge in Virginia. Yet Lachlan McIntosh persevered.

This feature require that you enable JavaScript in your browser.
END_OF_DOCUMENT_TOKEN_TO_BE_REPLACED

END_OF_DOCUMENT_TOKEN_TO_BE_REPLACED

This feature require that you enable JavaScript in your browser.
END_OF_DOCUMENT_TOKEN_TO_BE_REPLACED