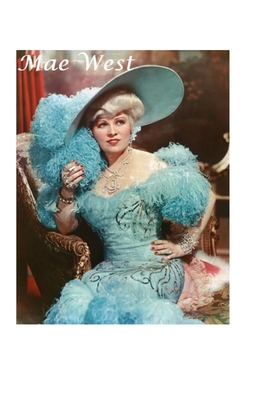 Mary Jane "Mae" West, born on August 17th, 1893, Kings County, Brooklyn, New York, US, was an actress, singer, playwright, screenwriter, comedian, and sex symbol whose career in entertainment spanned 7 decades. Mae was known for her lighthearted, bawdy double entendres and breezy sexual independence. She was in vaudeville and on the stage in New York City before moving to Hollywood to become a comedian, actress, and writer in the movie industry, as well as appearing on radio and TV. The American Film Institute named West 15th among the greatest female stars of classic US cinema. Mae often used a husky contralto voice, having been one of the more controversial film stars of her day, encountering many problems, especially censorship. She once quipped, "I believe in censorship. I made a fortune out of it". West bucked the system, making fun of conventional mores, which the Depression-era audience admired her for. When Mae's cinematic career ended, she wrote books and plays, having continued to perform in Las Vegas and in the UK, on radio and TV, having also recorded rock 'n' roll albums.

This feature require that you enable JavaScript in your browser.
END_OF_DOCUMENT_TOKEN_TO_BE_REPLACED

END_OF_DOCUMENT_TOKEN_TO_BE_REPLACED

This feature require that you enable JavaScript in your browser.
END_OF_DOCUMENT_TOKEN_TO_BE_REPLACED