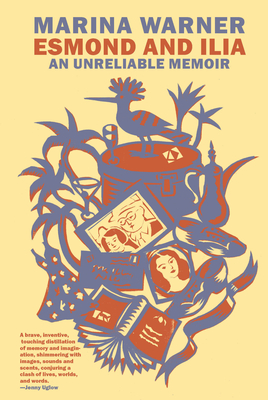 By one of the finest English writers of our time, a luminous memoir that travels from southern Italy to the banks of the Nile, capturing a lost past both personal and historical.

Marina Warner’s father, Esmond, met her mother, Ilia, while serving as an officer in the British Army during the Second World War. As Allied forces fought their way north through Italy, Esmond found himself in the southern town of Bari, where Ilia had grown up, one of four girls of a widowed mother. The Englishman approaching middle age and the twenty-one-year-old Italian were soon married. Before the war had come to an end, Ilia was on her way alone to London to wait for her husband’s return and to learn how to be Mrs. Esmond Warner, an Englishwoman.

Ilia begins to learn the world of cricket, riding, canned food, and distant relations she has landed in, while Esmond, in spite of his connections, struggles to support his wife and young daughter. He comes up with the idea of opening a bookshop, a branch of W.H. Smith’s, in Cairo, where he had spent happy times during the North African campaign. In Egypt, however, nationalists are challenging foreign influences, especially British ones, and before long Cairo is on fire.

Deeply felt, closely observed, rich with strange lore, Esmond and Ilia is a picture of vanished worlds, a portrait of two people struggling to know each other and themselves, a daughter’s story of trying to come to terms with a past that is both hers and unknowable to her. It is an “unreliable memoir”—what memoir isn’t?—and a lasting work of literature, lyrical, sorrowful, shaped by love and wonder.

Marina Warner’s studies of religion, mythology, and fairy tales include Alone of All Her Sex: The Myth and the Cult of the Virgin Mary, From the Beast to the Blonde, and Stranger Magic. She is a professor of English and creative writing at Birkbeck, University of London. In 2015 she was given the Holberg Prize and in 2017 she was elected president of the Royal Society of Literature. She has contributed to a number of NYRB Classics, including Robert Kirk's The Secret Commonwealth and Leonora Carrington's Down Below. She lives in London.

“In each chapter, Warner grounds us in history and then flies off on the wings of poesy, writing dialogue and rendering psychology like a novelist. . . . Esmond and Ilia is a book of desire and its frustrations: the excitement of romance but also its curdling; the archival fever that takes over, that enlivens and maddens the historian.” —Anthony Domestico, Commonweal Magazine

"Esmond and Ilia lacks a fairy-tale ending—after all, it’s about real life—but it is nonetheless wondrously entertaining, an ideal book for a long, hot summer." —Michael Dirda, The Washington Post

"In each chapter, Warner grounds us in history and then flies off on the wings of poesy, writing dialogue and rendering psychology like a novelist. . . . Warner, who has published dozens of books and writes frequently for The New York Review of Books and several other publications, is too varied a thinker to pigeonhole." —Anthony Domestico, Commonweal

"Warner is an expert on all facets of myth, legend and fairy tale, whose writings have explored everything from Ovid to the Brothers Grimm to the Arabian Nights. As such, it makes sense that even a personal work recounting eight years of her parents’ life should be envisioned as a story of the power of narrative, the clash of cultures and the role of the heroine, told by means of lore, symbols and allegory. . . . In recounting the story of these early years of the couple’s marriage, Warner weaves together fact and fiction in the most dazzling and inventive ways. —Lucy Scholes, New York Times

"Ms. Warner. . .  knows that every family story is also a fairy tale, if told the right way; just as every fairy tale gains its purchase in the imagination through its overlap with lived reality. . . .  With Esmond and Ilia, her memoir-cum-fable of the hoopoe and the porpoise, Ms. Warner has reopened the window that slammed down so abruptly on her childhood’s golden age, and let the light back in." —Liesl Schillinger, Wall Street Journal

“An entrancing weave of memoir, history, autobiography, and fiction, this adventurous book voyages through time and space to rediscover, reimagine, and reinvent a lost world. One of Marina Warner’s most beautiful works.” —Michèle Roberts

This feature require that you enable JavaScript in your browser.
END_OF_DOCUMENT_TOKEN_TO_BE_REPLACED

END_OF_DOCUMENT_TOKEN_TO_BE_REPLACED

This feature require that you enable JavaScript in your browser.
END_OF_DOCUMENT_TOKEN_TO_BE_REPLACED