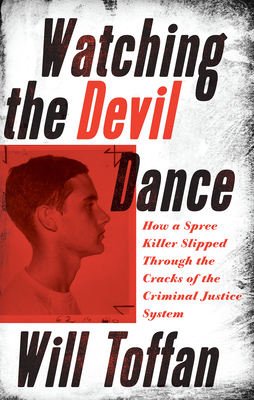 The unbelievable true story of Canada's first known spree killer, told by a veteran of the Royal Canadian Mounted Police.

In June 1966, Matthew Charles Lamb took his uncle's shotgun and wandered down Ford Blvd in Windsor, Ontario. At the end of the bloody night, two teenagers lay dead, with multiple others injured after an unprovoked shooting spree. In his investigation into Lamb's story, Will Toffan pieces together the troubled childhood and history of violence that culminated in the young man's dubious distinction as Canada's first known spree killer--at which point the story becomes, the author writes "too strange for fiction." Travelling from the border city streets, to the courtroom, to the Oak Ridge rehabilitation centre, and finally Rhodesia, Watching the Devil Dance is both a thrilling narrative about a shocking true crime and its bizarre aftermath and an insightful analysis of the 1960s criminal justice system.

A retired history teacher and veteran of the Royal Canadian Mounted Police, William Toffan lives in Windsor, Ontario, with his wife, Laura, and children Lauren, Heidi, Oksana, and Heather. Watching the Devil Dance is his first book.

This feature require that you enable JavaScript in your browser.
END_OF_DOCUMENT_TOKEN_TO_BE_REPLACED

END_OF_DOCUMENT_TOKEN_TO_BE_REPLACED

This feature require that you enable JavaScript in your browser.
END_OF_DOCUMENT_TOKEN_TO_BE_REPLACED