This feature require that you enable JavaScript in your browser.
END_OF_DOCUMENT_TOKEN_TO_BE_REPLACED

Walmart: Diary of an Associate (Paperback) 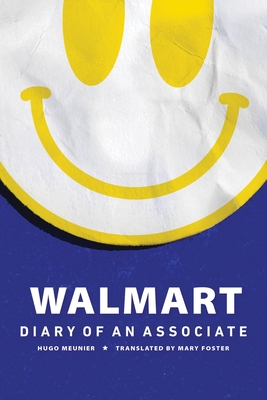 In 2012, journalist Hugo Meunier went undercover as a Walmart employee for three months in St. Leonard, Quebec, just north of Montreal.
In great detail, Meunier charts the daily life of an impoverished Walmart worker, referring to his shifts at the box store giant as "somewhere between the army and Walt Disney." Each shift began with a daily chant before bowing to customer demands and the constant pressure to sell. Meanwhile Meunier and his fellow workers could not afford to shop anywhere else but Walmart, further indenturing them to the multi-billion-dollar corporation.
Beyond his time on the shop floor, Meunier documents the extraordinary efforts that Walmart exerts to block unionization campaigns, including their 2005 decision to close their outlet in Jonquiere, QC, where the United Food and Commercial Workers union had successfully gained certification rights. A decade later he charts the Supreme Court of Canada ruling that exposed the dubious legal ground on which Walmart stood in invoking closure and throwing workers out on the street.
In Walmart: Diary of an Associate, Meunier reveals the truths behind Walmart's low prices. It will make you think twice before shopping there.

END_OF_DOCUMENT_TOKEN_TO_BE_REPLACED

This feature require that you enable JavaScript in your browser.
END_OF_DOCUMENT_TOKEN_TO_BE_REPLACED