Minarets on the Horizon: Muslim Pioneers in Canada (Paperback) 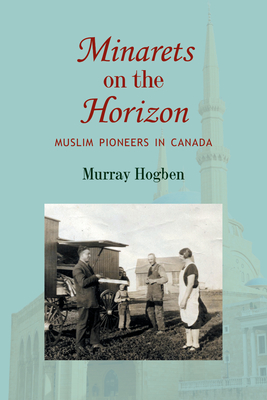 This book gives us a detailed look at the Muslim presence in Canada, starting with the pioneer settlers from Syria/Lebanon and the Balkans in the early twentieth century and moving on to the more modern midcentury arrivals from South Asia and Africa. Told in their own words, the stories in this collection give us a rare insight into the lives of these pioneer Muslims. Punjabi men in the timber mills of British Columbia; Lebanese Arab peddlers on foot or horse cart on the rural highways of Alberta, Saskatchewan, and Manitoba; men venturing north on dog sleighs to trade for fur; young women arriving to start families and soon to become family matriarchs; shopkeepers serving small provincial towns and big cities; and finally, students and professionals arriving in the postwar urban centres. Wherever they went, they bore the brunt of xenophobia and acknowledged kindnesses, as they adapted and sought out fellow worshippers and set up community centres and mosques. A Muslim identity was retained, adapted, and diversified.

Murray Hogben was born in Toronto in 1935 and grew up in Ottawa. In 1957 he earned a bachelor's degree in English literature and then a journalism degree at Carleton University. There he met an Indian Muslim student, Alia Rauf, duly became a Muslim in 1956, and they married in 1959. Working for the CBC in Toronto, he became secretary in 1960 of the new Muslim Society of Toronto for years. Also, starting in 1965, he began to earn a doctorate in history from the University of Toronto, graduating in 1973. He then taught at the Royal Military College of Canada in Kingston and then at le College militaire royal de Saint-Jean, in Quebec. Murray then joined the Kingston Whig-Standard in 1979 as a reporter and columnist until 2000. Meanwhile, he had also become secretary of the Islamic Society of Kingston, a volunteer Muslim chaplain at several prisons, secretary of the Kingston Police race relations advisory committee, and for decades canoeing instructor and arts and crafts director at a camp for Muslim girls and boys. Murray and Alia live on their hobby farm near Kingston, close to their children and grandchildren.

This feature require that you enable JavaScript in your browser.
END_OF_DOCUMENT_TOKEN_TO_BE_REPLACED

END_OF_DOCUMENT_TOKEN_TO_BE_REPLACED

This feature require that you enable JavaScript in your browser.
END_OF_DOCUMENT_TOKEN_TO_BE_REPLACED