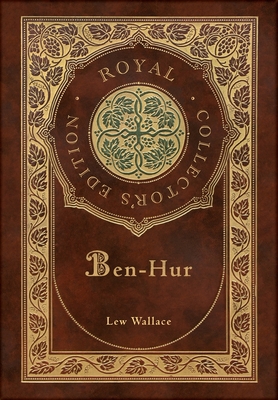 By Lew Wallace
Email or call for price

Judah Ben-Hur is a Jewish prince from Jerusalem, who is enslaved by the Romans at the beginning of the first century. Running in parallel with Judah's narrative is the unfolding story of Jesus, who is from the same region and around the same age. As Judah is being marched to a slave ship, Jesus offers him a drink of water and encouragement. Judah's experiences with betrayal and revenge lead to love and compassion after he witnesses the crucifixion of Christ.

Ben-Hur is considered to be the most influential Christian book of the nineteenth century, inspiring other novels with biblical settings. It also inspired Pope Leo XIII to bless the book, becoming first novel ever to receive such praise. Published in 1880, the novel remained at the top of the US all-time bestseller list until the publication of Margaret Mitchell's Gone with the Wind in 1936. In 1959, the book regained its best-selling status with the motion picture adaptation of Ben-Her, which won 11 Academy Awards.

This feature require that you enable JavaScript in your browser.
END_OF_DOCUMENT_TOKEN_TO_BE_REPLACED

END_OF_DOCUMENT_TOKEN_TO_BE_REPLACED

This feature require that you enable JavaScript in your browser.
END_OF_DOCUMENT_TOKEN_TO_BE_REPLACED