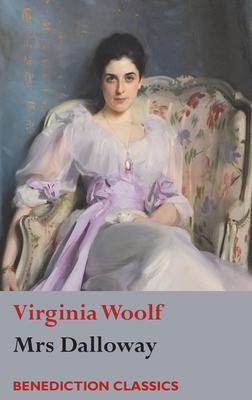 By Virginia Woolf
Email or call for price

"Mrs. Dalloway was the first novel to split the atom. ... It is one of the most moving, revolutionary artworks of the twentieth century." (Michael Cunningham, author of The Hours.)

"Virginia Woolf was one of the great innovators of that decade of literary Modernism, the 1920s. Novels such as Mrs Dalloway and To the Lighthouse showed how experimental writing could reshape our sense of ordinary life. Taking unremarkable materials - preparations for a genteel party, a day on a bourgeois family holiday - they trace the flow of associations and ideas that we call 'consciousness'." - The Guardian

"Mrs Dalloway, ... a book for a lifetime" -- Christine Dwyer Hickey.

Mrs Dalloway describes a day in 1923 in the life of an upper-class Londoner, Clarissa Dalloway, as she prepares for a party she is hosting. In lyrical language, Virginia Woolf describes Clarissa, her memories, day-dreams, regrets and fears, to masterfully entwine the past, present and future in what is regarded as one of the great novels of the twentieth century. "The novel's opening pages are probably the most ecstatic representation of running errands in the Western canon." (Evan Kindley). The novel is essentially plotless; using the springboard of the mundane preparations for a society party, it travels backwards and forwards through time, drawing the reader into the consciousness of the characters.

Mrs Dalloway, perhaps Virginia Woolf's most popular work, and perhaps semiautobiographical, is a book worth reading and rereading.

Virginia Woolf was a luminous novelist, a prolific essayist and book reviewer, and a diarist. With her husband Leonard, Woolf established and ran the Hogarth Press which published works by influential modernist writers. In their first five years, they published Katherine Mansfield, T. S. Eliot, E. M. Forster, Clive Bell, Roger Fry and Sigmund Freud. Woolf's haunting writing, her succinct insights into feminist, artistic, historical, political issues, and her revolutionary experiments with points of view and stream-of-consciousness altered the course of literature.

This feature require that you enable JavaScript in your browser.
END_OF_DOCUMENT_TOKEN_TO_BE_REPLACED

END_OF_DOCUMENT_TOKEN_TO_BE_REPLACED

This feature require that you enable JavaScript in your browser.
END_OF_DOCUMENT_TOKEN_TO_BE_REPLACED