Musics Lost and Found: Song Collectors and the Life and Death of Folk Tradition (Hardcover) 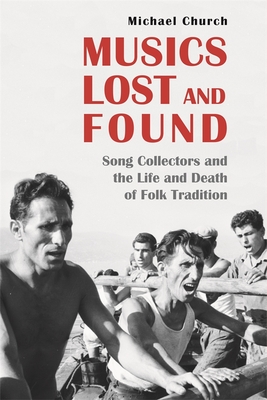 This ground-breaking book is the first-ever study of the role played in musical history by song collectors. This is the first-ever book about song collectors, music's unsung heroes. They include the Armenian priest who sacrificed his life to preserve the folk music which the Turks were trying to erase in the 1915 Genocide; the prisoner in a Nazi concentration camp who secretly noted down the songs of doomed Jewish inmates; the British singer who went veiled into Afghanistan to learn, record and perform the music the Taliban wanted to silence. Some collectors have been fired by political idealism - Bartok championing Hungarian peasant music, the Lomaxes bringing the blues out of Mississippi penitentiaries, and transmitting them to the world. Many collectors have been priests - French Jesuits noting down labyrinthine forms in eighteenth-century Beijing, English vicars tracking songs in nineteenth-century Somerset. Others have been wonderfully colourful oddballs. Today's collectors are striving heroically to preserve endangered musics, whether rare forms of Balinese gamelan, the wind-band music of Chinese villages, or the sophisticated polyphony of Central African Pygmies. With globalisation, urbanisation and Westernisation causing an irreversible erosion of the world's musical diversity, Michael Church suggests we may be seeing folk music's 'end of history'. Old forms are dying as the conditions for their survival - or replacement - disappear; the death of villages means the death of village musical culture. This ground-breaking book is the sequel to the author's award-winning The Other Classical Musics, and it concludes with an inventory of the musics now under threat, or already lost for ever.

This feature require that you enable JavaScript in your browser.
END_OF_DOCUMENT_TOKEN_TO_BE_REPLACED

END_OF_DOCUMENT_TOKEN_TO_BE_REPLACED

This feature require that you enable JavaScript in your browser.
END_OF_DOCUMENT_TOKEN_TO_BE_REPLACED