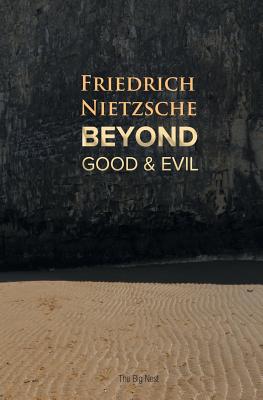 Beyond Good and Evil refers to the traditional morality which Nietzsche subjects to a destructive critique in favour of what he regards as an affirmative approach that fearlessly confronts the perspectival nature of knowledge and the perilous condition of the modern individual.

Friedrich Wilhelm Nietzsche was a German philologist, philosopher, cultural critic, poet and composer. He wrote several critical texts on religion, morality, contemporary culture, philosophy and science, displaying a fondness for metaphor, irony and aphorism. He was twenty four when he was appointed to the Chair of Classical Philology at the University of Basel, the youngest individual to have held this position.