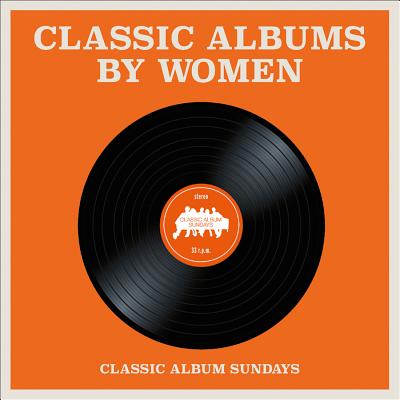 - 100+ of the best albums by women, as chosen by musicians, DJs, producers, journalists, radio hosts and music industry insiders- Contributors include Nina Kraviz (DJ), Nick Mason (Pink Floyd), KT Tunstall (musician), Jamie XX (The XX, DJ), Black Madonna (DJ), Rankin (photographer), John Grant (musician) and Peter Hook (Joy Division, New Order, Peter Hook & The Light), on albums by Billie Holiday, Kate Bush, Madonna, Joni Mitchell, Patti Smith, PJ Harvey, Nina Simone and many more- An overdue celebration of women's significant and compelling contributions to musicAcross the genres, across the generations, across the board, this book presents over one hundred inspirational albums by women, from top-selling hits to the indie and obscure. Classic Album Sundays - the world's most popular album listening event and content platform - initiated an #AlbumsByWomen campaign in support of International Women's Day 2018. The hashtag soon grew into a movement, devoted to women's musicality and the power of the female voice. Collaborators shared photographs and commentary on their favorite albums by female artists, gathered together here in a single volume. Pick up any other book on the theme of 'Albums You Must Hear Before You Die', and you'll confront a heavy gender bias. This project redresses the gender imbalance: an overdue celebration of women's creativity and musicianship within a male-dominated sphere. It features over a hundred submissions from high-profile musicians including Pink Floyd's Nick Mason, Peter Hook, Nina Kraviz, Black Madonna, Gilles Peterson, Rankin, KT Tunstall, John Grant and more.

Colleen 'Cosmo' Murphy is a highly respected and experienced musical selector and curator, founder of the album-listening event and content hub Classic Album Sundays, and an authority on music, sound and the vinyl renaissance. She was mentored by David Mancuso at his seminal Loft parties in New York City. Together they co-produced the compilation series David Mancuso Presents The Loft and worked on David's record label The Loft Audiophile Library of Music. Colleen is one of the musical hosts at The Loft, the co-founder of the Lucky Cloud Loft parties in London and DJs internationally on the world's best sound systems and dance floors. She founded Classic Album Sundays as a stance against the increasing devaluation of music and sound. What began as a passion project is now the world's most popular album listening event with satellites in four continents, and the website and social media channels host content on classic albums and artists such as interviews, videos, playlists and more. She has been a radio host, DJ and programme director since the age of fourteen and today hosts Cosmodelica and Classic Album Sundays Worldwide on Worldwide FM and a Classic Album Sundays series on Studio 360 with Kurt Andersen. She is the writer and host of BBC 6 Music's ongoing album series Sounds of a City and BBC Radio 4's doc series Turntable Tales. As a producer Colleen has remixed The Rapture, Fat Freddy's Drop, Beardyman, Candi Staton, Two Bears, Phenomenal Handclap Band, Cantoma, Horace Andy, Chaka Khan and more under her Cosmodelica moniker and as DarkStarr Diskotek with Ashley Beedle. Along with former Captain Beefheart guitarist Gary Lucas, she recorded and produced as Wild Rumpus.

This feature require that you enable JavaScript in your browser.
END_OF_DOCUMENT_TOKEN_TO_BE_REPLACED

END_OF_DOCUMENT_TOKEN_TO_BE_REPLACED

This feature require that you enable JavaScript in your browser.
END_OF_DOCUMENT_TOKEN_TO_BE_REPLACED