Against the Web: A Cosmopolitan Answer to the New Right (Paperback) 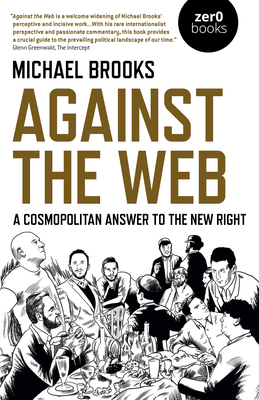 "A brilliant critique of the Right with very sharp insight on some of the shortcomings of the Left, this book is a must-read for anyone looking to understand how dishonest actors spread their propaganda." Ana Kasparian, Host and Executive Producer of The Young TurksMichael Brooks takes on the new "Intellectual Dark Web." As the host of The Michael Brooks Show and co-host of the Majority Report, Brooks was a progressive fighter whose work brought people together from around the world. In this, his first book, he lets his understanding of the digital media environment direct his analysis of the "conservative rebels" who had taken YouTube by storm in 2018. Brooks provides a theoretically rigorous but accessible critique of the most prominent "renegades" including Sam Harris, Jordan Peterson, and Brett Weinstein while also examining the social, political and media environment that such rebels thrive in.

This feature require that you enable JavaScript in your browser.
END_OF_DOCUMENT_TOKEN_TO_BE_REPLACED

END_OF_DOCUMENT_TOKEN_TO_BE_REPLACED

This feature require that you enable JavaScript in your browser.
END_OF_DOCUMENT_TOKEN_TO_BE_REPLACED