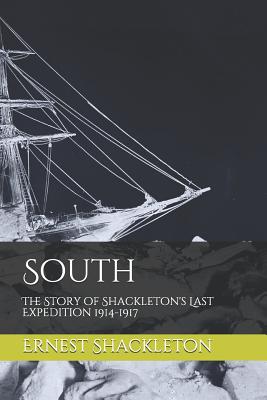 By Ernest Shackleton
$8.31
Email or call for price.

Hailed as "a rousing read" by The New York Times, this breathtaking chronicle of Antarctic exploration was written by expedition leader Sir Ernest Shackleton. In 1914 he and his 28-man crew boarded the ship Endurance and sailed away to do something no one had ever done: to traverse and chart the mostly unknown territory of the South Pole. But within weeks of their arrival, their vessel became trapped in ice, drifting helplessly for months before sinking and leaving the crew stranded on a melting ice floe.
This account of the expedition's two-year struggle in one of the world's most uninhabitable regions relates a near-miraculous escape from multiple dangers: thousands of miles, traveled in lifeboats across tempestuous seas and in unforgiving landscapes of glaciers and icebergs; relentless cold; and the constant threat of starvation. A century later, Shackleton's firsthand account of the crew's harrowing experiences and their triumphant survival remains among the most thrilling adventure stories ever told.

Anglo-Irish explorer Sir Ernest Shackleton (1874-1922) conducted three expeditions to the South Pole: the first, in 1901-03, under the direction of Robert Falcon Scott; the second, in 1907-09, which achieved the greatest advance to the pole in history, for which he received his knighthood; and the third, from 1914-17, a disastrous adventure that concluded with a near-miraculous escape, which he chronicled in South. Shackleton was at the start of yet another expedition in 1922 when he experienced a fatal heart attack.

This feature require that you enable JavaScript in your browser.
END_OF_DOCUMENT_TOKEN_TO_BE_REPLACED

END_OF_DOCUMENT_TOKEN_TO_BE_REPLACED

This feature require that you enable JavaScript in your browser.
END_OF_DOCUMENT_TOKEN_TO_BE_REPLACED