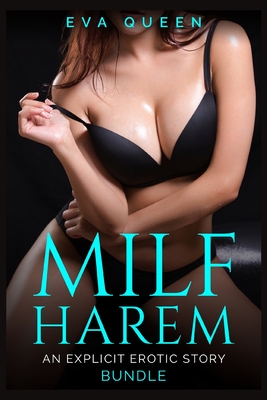 She was a firefly because she always had a burning spirit that brought forth her wildest side. Even though she was a happily married wife, a dutiful mother, and a generous woman, she needed a man to unleash her craziest desires. But that night, she found the man of her dreams. She had yearned for him in inexpressible ways. She had long forgotten how to get passionately worshipped. Thus her days were sometimes filled with chaos, and her nights were long and filled with darkness. But when his son's best friend arrived for her that night, she showed her how to live again, how to laugh again, and how to feel excited again. He showed her the ways by which she could discover light in the hour of darkness. And the beast in him craved for the beautiful free-spirit in her.

She was magical, intoxicating, and powerful even at the youthful age of nineteen. That beauty entrapped him like a fly getting caught in a spider web. Even though she was much younger compared to him, he was incapable and unwilling to escape his seductive temptations. He craved for her touch, yearned for her fragrance, hungered to get naughty with her, ached to seduce her wildly, and he lusted to make with her again and again.

Andrew always found bliss in her dominance and submitted himself gleefully to her. They met in a coffee shop, and it was a wild affair that inflamed their passion. She was the chaos and his cravings for her inflamed her wilderness. On the other hand, she always craved for Andrew's touch, his lips on hers, and she always yearned to hold him close to her as she would feel a shiver down her spine. Every touch of him on her skin burnt and etched his name on her soul. Whenever she closed her eyes and tried to feel herself, all she heard was constant echoes of his name in her head. Only his touches could heal the fire that burned in her soul.

Stefan was angry with his mom because even on a holiday, she was very possessive about his son. Stefan wanted to go on a bike ride with his friend Freddie, but his mom denied him. That night he got drunk to get tipsy. When he returned to his camp, his cravings to feel a woman was inflamed by his intoxication. Mrs. Saunders was a fellow adventurist, and during that night, she brought out the sleeping beast in Stefan. He craved to touch and explore his body, but she yearned for someone who could touch her soul. And in the process, Mrs. Saunders taught Stefan how to touch a woman without really touching her, which eventually touched her soul. Obsessive bond

Dominic always had a secret crush on her best friend Trisha's mother, Mrs. Charlotte Collins. He was somewhat inexperienced with his dating skills, or perhaps, that was what he posed himself as whenever he would go on a date with Trisha. But, his secret temptation corrupted his senses to such an extent that he started to fantasize about the plump gorgeous hot mom of his friend's. When Charlotte thought to help Trisha in her exams by some unscrupulous means, fate gave Dominic the only delightful chance he could ever have in his life to be with Charlotte. But, Charlotte was a pious woman, true and faithful to her husband, Peter. So, all Dominic asked from her was her mature input to polish his dating skills.

This feature require that you enable JavaScript in your browser.
END_OF_DOCUMENT_TOKEN_TO_BE_REPLACED

END_OF_DOCUMENT_TOKEN_TO_BE_REPLACED

This feature require that you enable JavaScript in your browser.
END_OF_DOCUMENT_TOKEN_TO_BE_REPLACED