Unravelled: The inspirational true story of a journey out of darkness (Paperback) 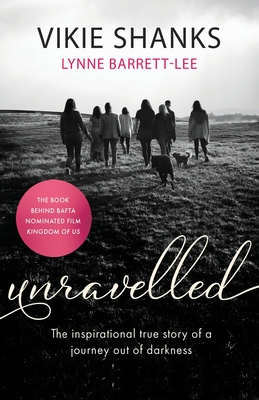 When Vikie Shanks met Paul, he seemed to be everything a girl could ever want.

Handsome, attentive, caring and musically gifted, he felt like the antidote to all the bad things that had happened in her life. Sexually abused by her eldest brother and dominated by a violent father, Vikie's childhood ended with the death of her mother when she was just sixteen.

Unravelled is the story of Vikie's life with Paul, and the years in which his behaviour and mental state became increasingly erratic. It's the account of his casual cruelty, his spying, his inexplicable and sudden rages before he committed suicide; of his growing obsession with having more and more children, and of naming them according to a precise set of rules; of how, over a period of years, he all but gutted their family home, tearing down most of the internal walls and removing almost everything but basic furniture, while simultaneously creating a secret home for himself, made out of plywood, in what used to be a shed; and of his secret diaries - the tens of thousands of entries he made, documenting every minute of every day.

After his death, it would be these writings that would provide such compelling evidence of what further tragedy might have happened had he not made the decision that he did to take his own life. Because whatever was wrong with him was like a ticking bomb that even Vikie hadn't properly heard, as it seemed he'd spent time planning to kill the whole family.

Vikie Shanks was born in 1958 in Aden (now South Yemen), where her father was stationed in the RAF, the youngest of three children, and lived from the age of five in Waterbeach near Cambridge. At the age of seventeen she left home and moved to London to start work as a trainee buyer in Harrods but left after a year and became a croupier. After two years working in London and a further year in Spain she became a full time model back in the UK. Aged 25 she met Paul Shanks, who was to become her husband and father to her seven children, whom it transpired was mentally very ill. Paul committed suicide aged 51.

Lynne Barrett-Lee is a full time novelist and ghostwriter and has co-authored over thirty Sunday Times bestsellers. She has also penned two writing guides, both published by Lume, based on the creative writing courses she teaches in Cardiff. Lynne's latest work of fiction is a psychological thriller, Can You See Me?.

This feature require that you enable JavaScript in your browser.
END_OF_DOCUMENT_TOKEN_TO_BE_REPLACED

END_OF_DOCUMENT_TOKEN_TO_BE_REPLACED

This feature require that you enable JavaScript in your browser.
END_OF_DOCUMENT_TOKEN_TO_BE_REPLACED