Growing Up Dead in Texas: A Novel (Paperback) 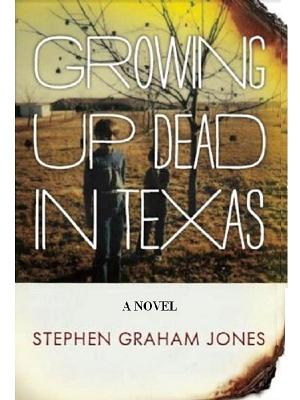 By Stephen Graham Jones
$14.95
Email or call for price.

“If Quentin Tarantino and Cormac McCarthy crossed paths in a rundown whiskey bar just north of the Rio Grande, this is the book that connection would produce. It's a novel wrapped in a mystery and dipped in autobiography with a dash of investigative journalism about Jones' return to his hometown and the unintended consequences of a fire form his childhood that ripped the community apart. The story of truth being brought to light and ancient skeletons finally being given their proper burial, this remarkable novelized memoir will stay with you.”
— Matt Falvey, Next Chapter Bookshop, Mequon, WI

It was a fire that could be seen for miles, a fire that split the community, a fire that turned families on each other, a fire that it's still hard to get a straight answer about. A quarter of a century ago, someone held a match to Greenwood, Texas's cotton.

Stephen Graham Jones was twelve that year. What he remembers best, what's stuck with him all this time, is that nobody ever came forward to claim that destruction. And nobody was ever caught. Greenwood just leaned forward into next year’s work, and the year after that's, pretending that the fire had never happened. But it had. This fire, it didn't start twenty-five years ago. It had been smoldering for years by then. And everybody knew it. Getting them to say anything about it's another thing, though. Now Stephen's going back. His first time since high school, and maybe his last. For answers, for closure, for the people who can't go back. The ones who never got to leave.

Part mystery, part memoir, Growing Up Dead in Texas is packed with more secrets than your average graveyard. Stephen Graham Jones' breakout novel is a story about farming. A story about Texas. A story about finally standing up from the dead and walking away.

Stephen Graham Jones is the author of eight novels and two collections. He's been a Shirley Jackson Award finalist three times, a Bram Stoker Award finalist, a Black Quill Award finalist, an International Horror Guild finalist, a Colorado Book Award Finalist, a Texas Monthly Book Selection, and has won the Texas Institute of Letters Award for Fiction and the Independent Publishers Award for Multicultural Fiction. He lives in Boulder, CO.

This feature require that you enable JavaScript in your browser.
END_OF_DOCUMENT_TOKEN_TO_BE_REPLACED

END_OF_DOCUMENT_TOKEN_TO_BE_REPLACED

This feature require that you enable JavaScript in your browser.
END_OF_DOCUMENT_TOKEN_TO_BE_REPLACED