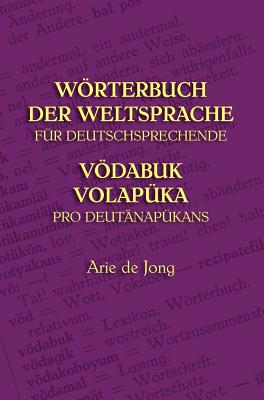 Volap k is a constructed language, devised in 1879 by Johann Martin Schleyer, a Roman Catholic priest who was inspired in a dream to create an international language. Schleyer adapted the vocabulary of Volap k mostly from English, supplemented by German, French. and Latin. The grammar of Volap k is regular and relatively simple-surprisingly easier, in fact, than it looks at first. Volap k was the first proposed International Auxiliary Language to enjoy widespread popularity: it is estimated that in 1889, there were some 283 clubs, 25 periodicals in or about Volap k, and 316 textbooks in 25 languages, and that some­where between two hundred thousand and a million people had taken up study of the language. Esperanto, being similar to many European Romance languages, first appeared in 1887, and ultimately proved more popular. Today, the number of people studying Volap k is much lower than once it was, though Internet contacts have enabled Volap k enthusiasts to connect and communicate, and that new community has inspired the re-publication of this dictionary. This German-Volap k Volap k-German dictionary is the most complete modern dictionary of Volap k currently available. It has been out of print for many years, and it is hoped that its re-publication will assist a new generation of Volap k learners in their enjoyment of this unique language.

This feature require that you enable JavaScript in your browser.
END_OF_DOCUMENT_TOKEN_TO_BE_REPLACED

END_OF_DOCUMENT_TOKEN_TO_BE_REPLACED

This feature require that you enable JavaScript in your browser.
END_OF_DOCUMENT_TOKEN_TO_BE_REPLACED