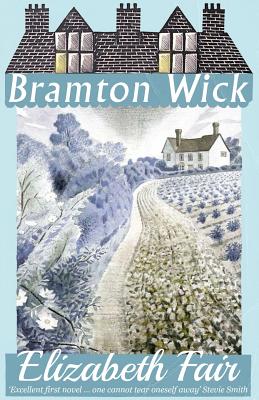 She wondered how Lady Masters got her old parlour maid to carry the coffee right across the lawn. But, of course, Lady Masters got things simply by always having had them and by taking it for granted that she always would have them.

In Bramton Wick, the setting of Elizabeth Fair's cheerful debut novel, tensions and resentments--not to mention romance--roil beneath the polite interactions of its charming and eccentric residents.

There's upper crust Lady Masters, taking the good things for granted but thoroughly cowed by her gardener. There's Gillian Cole, a war widow, and her sister Laura, for whom romance may (or may not) be in the offing. There's Miss Selbourne and "Tiger" Garrett, who met driving ambulances during the war (the first one, though Miss Garrett does get them confused). There's Major Worthy, who is quite energetic for an invalid. And there's the three Misses Cleeve, who are "all remarkably like toads" and who have a casual relationship with the truth.

Furrowed Middlebrow is delighted to make available, for the first time in over half a century, all six of Elizabeth Fair's irresistible comedies of domestic life. These new editions all feature an introduction by Elizabeth Crawford.

"Miss Fair's understanding is deeper than Mrs. Thirkell's and her humour is untouched by snobbishness; she is much nearer to Trollope, grand master in these matters."--Stevie Smith

"Miss Fair's first novel is not one of promise but of accomplishment. Good luck to her "--John Betjeman