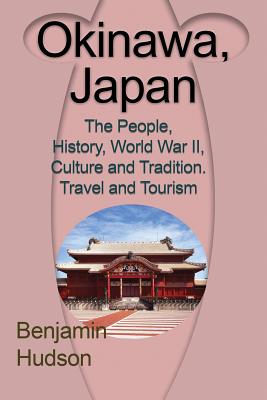 Okinawa, Japan. The People, History, World War II, Culture and Tradition. Travel and Tourism. Before Okinawa, there was Ryukyu, an independent kingdom ruled by its kings, its people seafarers prospering through trade with China and other neighboring countries. In 1609, Ryukyu was invaded by Satsuma Han forces and incorporated into mainland Japan's Tokugawa Era "bakuhan" feudal regime. Okinawa prefecture was created in 1879 when Japan's new Meiji government abolished hans (feudal domains).During the Pacific War, the people of Okinawa were engulfed in the war's only land battle on Japanese territory. After the war, America retained control of Okinawa until 1972 when sovereignty reverted to Japan. Japan's only prefecture in the subtropical latitudes, Okinawa enjoys a mild climate all year round. With schools of brightly tropical fish, the coral reef seas support a rich profusion of life. In the forests of northern Okinawa island and Iriomote island, rare animals Yambaru Kuina (Okinawa Rail) and Iriomote Wildcat live, and they are known worldwide as rare and important creatures. Okinawa is one of most popular resorts in Japan and there are a great number of fine hotels. Okinawa is located at southernmost area in Japan and its north latitude is between 24 degrees and 28 degrees. Okinawa is the only region in Japan that belongs to the subtropical oceanic climate. Okinawa has interesting cultures, heritages, nature and delicious foods. The committee members believe that all participants will have excellent experiences in Okinawa, Japan.

This feature require that you enable JavaScript in your browser.
END_OF_DOCUMENT_TOKEN_TO_BE_REPLACED

END_OF_DOCUMENT_TOKEN_TO_BE_REPLACED

This feature require that you enable JavaScript in your browser.
END_OF_DOCUMENT_TOKEN_TO_BE_REPLACED