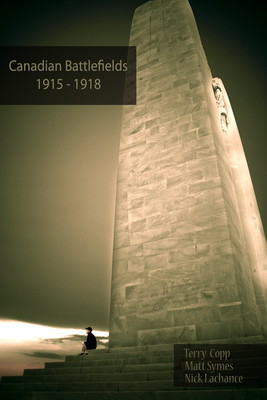 Most of the world remembers the First World War as a time when, as historian Samuel Hynes put it, "innocent young men, their heads full of high abstractions like Honour, Glory, and England ... were slaughtered in stupid battles planned by stupid Generals." English-speaking Canadians have for the most part accepted this view and supplemented it with an imaginative version of a war in which their soldiers won great victories and forged a new national identity. Both approaches have served to promote literary, political, and cultural agendas of such power that empirical studies of actual wartime events have had little impact on the historiography. A new generation of scholars has challenged those approaches, however, insisting that the reality of the war and the society that produced it are worthy of study.

This guide to the Canadian battlefields in France and Belgium offers a brief critical history of the war and of Canada's contribution, drawing attention to the best recent books on the subject. It focuses on the Ypres Salient, Passchendaele, Vimy, and the "Hundred Day"s battles and considers lesser-known battlefields as well. Battle maps, contemporary maps, photographs, war art, and tourist information enhance the reader experience.

This feature require that you enable JavaScript in your browser.
END_OF_DOCUMENT_TOKEN_TO_BE_REPLACED

END_OF_DOCUMENT_TOKEN_TO_BE_REPLACED

This feature require that you enable JavaScript in your browser.
END_OF_DOCUMENT_TOKEN_TO_BE_REPLACED