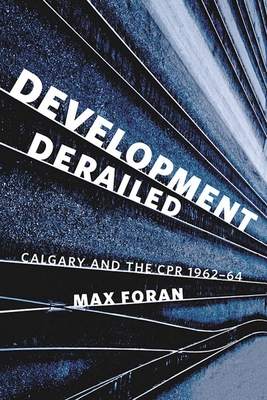 In June of 1962, the Canadian Pacific Railway announced a proposal to redevelop part of its reserved land in the heart of downtown Calgary. In an effort to bolster its waning revenues and to redefine its urban presence, the CPR proposed a multimillion dollar development project that included retail, office, and convention facilities, along with a major transportation centre. With visions of enhanced tax revenues, increased land values, and new investment opportunities, Calgary’s political and business leaders greeted the proposal with excitement. Over the following year, the scope of the project expanded, growing to a scale never before seen in Canada. The plan took official form through an agreement between the City of Calgary and the railway company to develop a much larger area of land and to reroute or remove the railway tracks from the downtown area—a grand design for reshaping Calgary’s urban core. In 1964, amid bickering and a failed negotiating process, the project came to an abrupt end. What caused this promising partnership between the nation’s leading corporation and the burgeoning city of Calgary to collapse?

This feature require that you enable JavaScript in your browser.
END_OF_DOCUMENT_TOKEN_TO_BE_REPLACED

END_OF_DOCUMENT_TOKEN_TO_BE_REPLACED

This feature require that you enable JavaScript in your browser.
END_OF_DOCUMENT_TOKEN_TO_BE_REPLACED