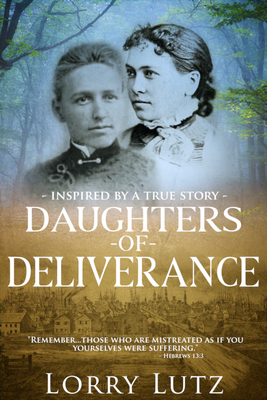 In 1886, thirty-one year old Katharine Bushnell gives up her medical practice to work with women living on Chicago's Hell's Half Acre and in the brutal lumber camps of Wisconsin. Her love for God and passion to see women released from bondage lead her to risk her own freedom and reputation for their sakes. Secretly, she visits these women to learn first-hand of the daily trials and torments they endure. Crushed to see women mistreated, Kate prepares a report of her findings concerning the white slave trade in Wisconsin and throughout the Midwest. When Wisconsin's governor demands Kate appear before the legislature to defend her damaging reports, she becomes the center of great controversy. Will they believe her report? Will they pass a law prohibiting sex with a girl under sixteen? Will they punish the notorious den keepers? Or will they brand her a liar?

Lorry Lutz and her husband spent twenty-two years in South Africa working with African youth suffering under Apartheid. Later she coordinated an international network of women leaders as part of the AD2000 Movement. Lorry and her late husband, Allen, have five children, one now with Jesus. She lives in an active retirement community in Colorado. Daughters of Deliverance is her eleventh book. Its sequel, The Queen s Daughters, is scheduled to be released by Heritage Beacon in September 2017.

This feature require that you enable JavaScript in your browser.
END_OF_DOCUMENT_TOKEN_TO_BE_REPLACED

END_OF_DOCUMENT_TOKEN_TO_BE_REPLACED

This feature require that you enable JavaScript in your browser.
END_OF_DOCUMENT_TOKEN_TO_BE_REPLACED