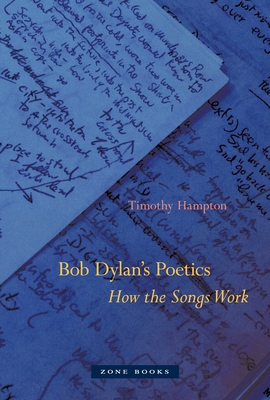 Bob Dylan's reception of the 2016 Nobel Prize for Literature has elevated him beyond the world of popular music, establishing him as a major modern artist. However, until now, no study of his career has focused on the details and nuances of the songs, showing how they work as artistic statements designed to create meaning and elicit emotion. Bob Dylan's Poetics: How the Songs Work is the first comprehensive book on both the poetics and politics of Dylan's compositions. It studies Dylan, not as a pop hero, but as an artist, as a maker of songs. Focusing on the interplay of music and lyric, it traces Dylan's innovative use of musical form, his complex manipulation of poetic diction, and his dialogues with other artists, from Woody Guthrie to Arthur Rimbaud. Moving from Dylan's earliest experiments with the blues, through his mastery of rock and country, up to his densely allusive recent recordings, Timothy Hampton offers a detailed account of Dylan's achievement. Locating Dylan in the long history of artistic modernism, the book studies the relationship between form, genre, and the political and social themes that crisscross Dylan's work. Bob Dylan's Poetics: How the Songs Work offers both a nuanced engagement with the work of a major artist and a meditation on the contribution of song at times of political and social change.

This feature require that you enable JavaScript in your browser.
END_OF_DOCUMENT_TOKEN_TO_BE_REPLACED

END_OF_DOCUMENT_TOKEN_TO_BE_REPLACED

This feature require that you enable JavaScript in your browser.
END_OF_DOCUMENT_TOKEN_TO_BE_REPLACED