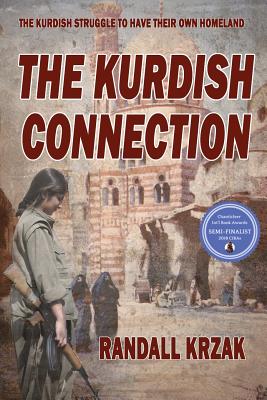 By Randall Krzak
Email or call for price

KURDISH SCAVENGERS UNCOVER A CACHE OF NERVE GAS IN IRAQ AND OFFER THEM TO KURDISH FIGHTERS IN TURKEY. THE SPECIAL OPERATIONS BEDLAM ALPHA TEAM MUST SECURE THE WEAPONS BEFORE THEY CAN BE USED.

"You must swear by Allah never to say a word of what I'm going to tell you. This is the most important secret. Ever "

In their daily struggle for survival, Iraqi Kurdish scavengers uncover a cache of chemical weapons. They offer the weapons to fellow Kurdish rebels in Turkey and Syria to assist in their quest to free an imprisoned leader and create a unified homeland. After receiving a tip from an unlikely source, the newly formed Special Operations Bedlam team is called to arms

Travel with Craig Cameron and his international team on their covert operation as they weave their way through war-torn regions seeking to locate and recover the weapons before they can be used to cause irreparable harm and instigate a world crisis.

The odds are stacked against them. Can they manage to keep their operation hidden and prevent further clashes before it's too late?

"... Randall's authentic voice adds a powerful push to keep a reader turning the pages." --Janet Taylor-Perry, author of The Raiford Chronicles, The Legend of Draconis Saga, and April Chastain Intrigues.

"... Randall Krzak brings his wealth of experience living in this troubled part of the world and his military knowledge to bear in this exciting story..."--John L. DeBoer, author of When the Reaper Comes.

"... a journey full of history, suspense, intrigue, and action...a MUST READ for all "--Les Stahl, Retired NSA Executive.

"... Readers need to fasten their seatbelts for a fast-paced tale made believable by a writer who knows what he's writing about."--Preston Holtry, author of the Morgan Westphal mystery series and the Arrius trilogy (forthcoming).

"A behind the scenes story, ripped from today's headlines deepening the reader's understanding of an ancient strife ... filled with the sights and smells of the market place and secret meetings, the reader is admitted to the secret heart, the desperate longings of those that must fight and win, or see continued subjugation by their masters..."--Oliver F. Chase, author of Camelot Games, Levant Mirage, Blind Marsh, and Marsh Island.

This feature require that you enable JavaScript in your browser.
END_OF_DOCUMENT_TOKEN_TO_BE_REPLACED

END_OF_DOCUMENT_TOKEN_TO_BE_REPLACED

This feature require that you enable JavaScript in your browser.
END_OF_DOCUMENT_TOKEN_TO_BE_REPLACED