If I Believe (Promises of God Novel #2) (Paperback) 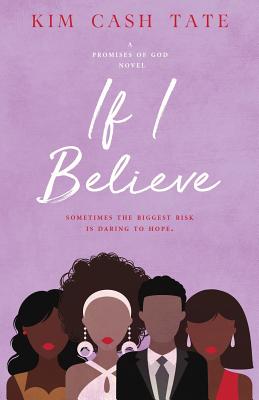 This is book number 2 in the Promises of God Novel series.

Sometimes the biggest risk is daring to hope.

Cinda Ellis doesn't dare to dream. Life has dealt too many blows, and she's come to expect disappointment. But then a lifelong dream is realized--meeting her dad--and Cinda's life is finally turning . . . until reality crashes in once again. On the verge of despair, Cinda finds connection with a group of women from Living Hope Church--and an unlikely connection with one of Hollywood's hottest stars. Her life just might be turning again. But will she only suffer disappointment once more?

Alonzo Coles is living the life of his dreams. On the heels of his first Academy Award nomination, people are already buzzing about his next film. But his choices--from his career to his exploits with women--are starting to bother him. And he's reminded of a connection he'd made--to Jesus. His quest for answers--about who he is and what he's called to do--leads him to the pastor of Living Hope Church . . . and a woman unlike any he's encountered.

Treva Alexander is embracing her new season. A widow turned newlywed, she's enjoying new love in a new city, in her new role as pastor's wife. But she's suddenly challenged when God begins to shake things up. What will she do when her faith is tested like never before?

Faith Langston is on hiatus--from life. An unexpected pregnancy has made her a new mom at twenty. Now, instead of doing big things for God as she'd hoped--or at least working toward her degree--she's sidelined at home. And though she'd thought she and the baby's father would rekindle a relationship, she now wonders if she's even on his mind--or on God's mind. Has she forfeited the plans He had for her?

This feature require that you enable JavaScript in your browser.
END_OF_DOCUMENT_TOKEN_TO_BE_REPLACED

END_OF_DOCUMENT_TOKEN_TO_BE_REPLACED

This feature require that you enable JavaScript in your browser.
END_OF_DOCUMENT_TOKEN_TO_BE_REPLACED