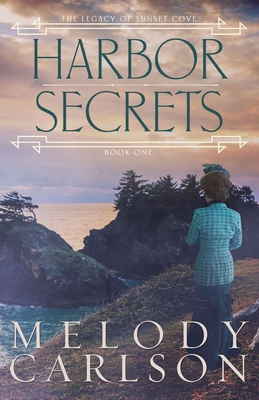 A Peaceful Coastal Town...Threatened by a Storm of Secrets

It's 1916 when newspaper woman Anna McDowell learns her estranged father has suffered a stroke. Deciding it's time to repair bridges, Anna packs up her precocious adolescent daughter and heads for her hometown in Sunset Cove, Oregon.

Although much has changed since the turn of the century, some things haven't. Anna finds the staff of her father's paper not exactly eager to welcome a woman into the editor-in-chief role, but her father insists he wants her at the helm. Anna is quickly pulled into the charming town and her new position...but just as quickly learns this seaside getaway harbors some dark and dangerous secrets.

With Oregon's new statewide prohibition in effect, crime has crept along the seacoast and invaded even idyllic Sunset Cove. Anna only meant to get to know her father again over the summer, but instead she finds herself rooting out the biggest story the town has ever seen--and trying to keep her daughter safe from it all.

This feature require that you enable JavaScript in your browser.
END_OF_DOCUMENT_TOKEN_TO_BE_REPLACED

END_OF_DOCUMENT_TOKEN_TO_BE_REPLACED

This feature require that you enable JavaScript in your browser.
END_OF_DOCUMENT_TOKEN_TO_BE_REPLACED