The Madwoman of Preacher's Cove (Paperback) 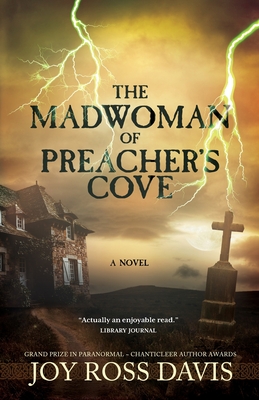 The Madwoman of Preacher's Cove tells the story of Lucy Addams, a woman who was horribly disfigured in a fire that claimed the lives of her husband and children. After the tragic loss of her beauty, her voice, and her family, Lucy became an artistic genius, sculpting lifelike dolls--replicas of the children of Preacher's Cove.

Lucy, and her workshop, are hidden in the back of the local resort--a hotel and restaurant complex owned and operated by her sister, Libby.

Following a series of deaths by lightning strike in Preacher's Cove, a handsome investigative reporter arrives to solve the mystery of the coincidental accidents. Lucy and Libby find themselves facing yet another enemy. As keepers of an ancient treasure--a secret that binds them--they alone know why the deaths have occurred, and more importantly, how to stop them.

With the eventual help of Libby and Lucy, the reporter finds a sacred place in the woods called The Hallows--where Druids once roamed, and where his answers are deeply buried.

After months of investigating, the death toll rising, a bit of romance, and otherwordly harbingers of Lucy's dolls, the mystery of Preacher's Cove begins to unravel.