A Scholar for our Times: A Celebration of the Life and Work of Shahrokh Meskoob (Hardcover) 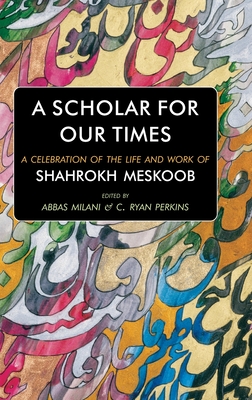 Shahrokh Meskoob was an Iranian writer and intellectual, who was born in Babol, on the Caspian coast, in 1924 and died in Paris in 2005. Imprisoned in the mid-1950s for leftist activities, he was forced to leave the country following the Islamic Revolution of 1979, after publishing two critical articles in the Ayandegan newspaper in Tehran.

Meskoob's literary analysis of the Shahnameh and the poetry of Hafez, and his book Iranian National Identity and the Persian Language, all translated into English, demonstrate his view that national identity meant cultural identity and that modernity in Iran should be based upon an understanding of the best of Iranian culture.

This book celebrates Meskoob's life and work in eight essays by prominent Iranian scholars and in a selection of facsimiles of his papers, now archived at Stanford University.

This feature require that you enable JavaScript in your browser.
END_OF_DOCUMENT_TOKEN_TO_BE_REPLACED

END_OF_DOCUMENT_TOKEN_TO_BE_REPLACED

This feature require that you enable JavaScript in your browser.
END_OF_DOCUMENT_TOKEN_TO_BE_REPLACED