I am Malchus (Hardcover) 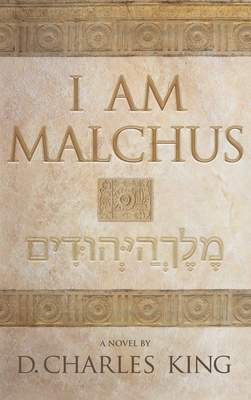 Malchus, the personal slave of the high priest Caiaphas in Jerusalem, chafes in his spirit at his status as a slave--and regrets that his condition will not allow him to pursue Sabrina, the one with whom he is enchanted, also a slave. He is charged with the duty of protecting the money-changers' booths at the great temple, but when a Galilean rabbi ransacks those booths, Malchus--for reasons he himself does not understand--fails in his duty.

Two nights later Malchus is compelled to lead the temple guards to the Mount of Olives to arrest the Galilean rabbi. The events of that evening will change Malchus--and history--forever.

In I am Malchus, Malchus tells his own story, thirty years after the events on the Mount of Olives. He recounts his capture as a child in the Germanic north by slave-traders and his rescue by a childless wife in Tuscany. When--some years later--he exacts revenge on the slave-trader who killed his mother, he is sold to the slave-market in Rome, and eventually sent to Jerusalem as the slave of the high priest Joseph Caiaphas.

As the personal servant in the high-priestly family, Malchus hears--along with others in Jerusalem--the reports of a miracle-working prophet in the Galilee. That prophet--and the crowds he has attracted--worry the religious authorities in Jerusalem. When the prophet threatens them by clearing the temple of the money-changers, the high priests, concerned about their revenue, decide to act.

When Malchus is ordered to lead the temple guards to arrest Jesus, he is conflicted--because the one he is sent to arrest...has already arrested his heart.

After the arrest Malchus observes the intrigues of the high priestly family as they collaborate with Pontius Pilate in an unlawful trial in the effort to have Jesus crucified. He and Claudia Procula, Pilate's wife--along with Nicodemus and Joseph of Arimathea--are unlikely allies in the effort to stop the unlawful proceedings.

That effort fails--or so they think--and Malchus, who has spent his life seeking release from slavery, finds freedom in an unexpected way as he is forced to acknowledge the one who provides ultimate freedom.

This novel, in rich language and with unusual historical and geographical insights, explores the compelling political intrigues of first century Israel as it examines some of the essential questions that Jesus of Nazareth brought to his contemporaries: "What is an authentic kingdom? Who is an authentic king?"

This feature require that you enable JavaScript in your browser.
END_OF_DOCUMENT_TOKEN_TO_BE_REPLACED

END_OF_DOCUMENT_TOKEN_TO_BE_REPLACED

This feature require that you enable JavaScript in your browser.
END_OF_DOCUMENT_TOKEN_TO_BE_REPLACED