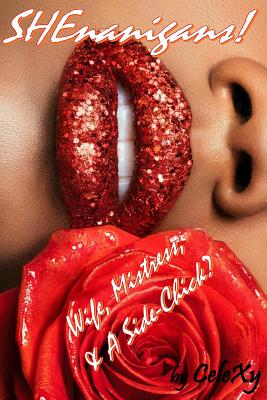 Considered controversial though not unique, an underground tale about a couple's mystique; enables this Author to tap into uncharted territory, to tell the other woman's story. If you thought Stepper Love or Good Samaritan were a bit risqu , prepare for a transformational ride through Heaven's Doorway It has been said, sexuality serves as a catalyst for creativity to manifest one's wants, needs, and desires. No one understood this concept more so than Zenoviah Tinsdale. Zenoviah, better known as "Z", was raised as an only child by her father, Zahir Tinsdale. Her mother, Savannah, suffered from ovarian cancer following child birth and transitioned the present realm when Z was just two-years old. Although Zahir had been a former overseas professional basketball player, the family's savings and insurance proceeds were exhausted; which was due, in part, to Savannah's illness. By the time Zenoviah started school, Zahir worked two jobs to pay for the private education he and Savannah had planned for their only child. Zahir managed an upscale men's clothing store by day and drove for city transit on weekends. Ironically, it was Zahir who inspired Z's desire to become an Accountant. She curiously watched her father create and work from a detailed budget month after month; and observed as he documented all income and expenses to ensure there were even funds to provide a small weekly allowance for her. Zahir and Z lived modestly in Shelton Arms Apartments, but their home was always filled with an abundance of love, warmth, and joy. Z never wanted for anything. Yes, Daddy's Little Z had everything she wanted and... SHE had him It seemed that within a blink of an eye, Zahir's little girl had grown into a sophisticated young lady on the way to University. Z was as curvaceous as her name, covered with bronze-colored skin and topped off with reddish-brown locks. Though, barely five feet tall, her blue eyes triggered skies to blush while compelling thunder to flinch at the sound of her voice. No longer Daddy's Little Z, Zenoviah Tinsdale had become a Lady No, this would not be the life of Zeus as her name implied, but the life of Zenoviah and SHE would not be denied "When we practice sacred sexuality, we are working with cosmologically rooted principles, balancing the heavenly yang of the universe with the all-knowing life-giving yin of the earth within ourselves". - John Maxwell Taylor.

This feature require that you enable JavaScript in your browser.
END_OF_DOCUMENT_TOKEN_TO_BE_REPLACED

END_OF_DOCUMENT_TOKEN_TO_BE_REPLACED

This feature require that you enable JavaScript in your browser.
END_OF_DOCUMENT_TOKEN_TO_BE_REPLACED