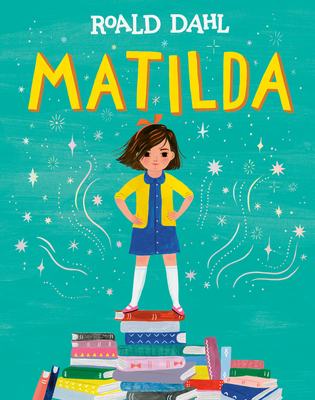 Now a musical on Broadway and streaming on Netflix!

Matilda is a sweet, exceptional young girl, but her parents think she’s just a nuisance. She expects school to be different, but there she has to face Miss Trunchbull, a kid-hating terror of a headmistress.  When Matilda is attacked by the Trunchbull, she suddenly discovers she has a remarkable power with which to fight back. It will take superhuman genius to give Miss Trunchbull what she deserves, and Matilda may be just the one to do it!

This beautiful deluxe edition contains the complete and unabridged text of Roald Dahl’s beloved novel with brand-new illustrations throughout by Sarah Walsh.

This feature require that you enable JavaScript in your browser.
END_OF_DOCUMENT_TOKEN_TO_BE_REPLACED

END_OF_DOCUMENT_TOKEN_TO_BE_REPLACED

This feature require that you enable JavaScript in your browser.
END_OF_DOCUMENT_TOKEN_TO_BE_REPLACED