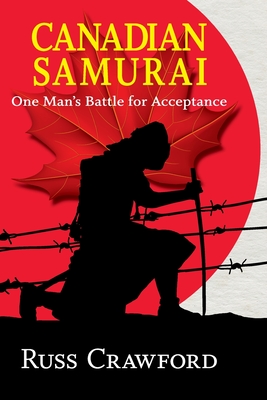 Masumi Mitsui descended from an ancient line of rulers and warriors who helped forge the country of Japan. His grandfather was one of the last samurai to serve a Japanese emperor. None of this mattered when he immigrated to Canada in 1908. Instead of being accepted and honored as a new citizen, he encountered brutal hatred and bigotry.

His journey for acceptance took him to the trenches of World War 1, then home to Canada as a decorated war hero with a new cause to fight for-the rights of Japanese Canadians. But all of Masumi's hard-earned victories counted for little when, on December 7, 1941 a stealthy Japanese navy unleashed a violent attack on the U.S. Naval Base at Pearl Harbor. In one day, Japanese Canadians became enemies of their own country.

Canadian Samurai is a gripping biography of a Canadian immigrant who was never widely recognized for his courage and honor or his contribution to Canada. He was a civil rights leader before anyone knew what that was. And through decades of victories and betrayals, Masumi lived by the ancient bushido code of honor-a code that still resonates today.

This feature require that you enable JavaScript in your browser.
END_OF_DOCUMENT_TOKEN_TO_BE_REPLACED

END_OF_DOCUMENT_TOKEN_TO_BE_REPLACED

This feature require that you enable JavaScript in your browser.
END_OF_DOCUMENT_TOKEN_TO_BE_REPLACED