The Play (Briar U) (Paperback) 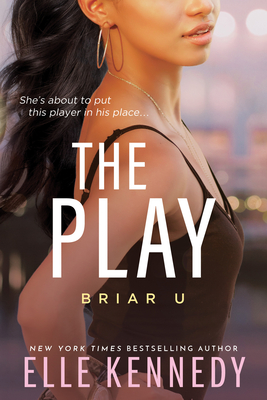 This is book number 3 in the Briar U series.

A brand-new standalone novel in the New York Times bestselling Briar U series!

What I learned after last year's distractions cost my hockey team our entire season? No more screwing up. No more screwing, period. As the new team captain, I need a new philosophy: hockey and school now, women later. Which means that I, Hunter Davenport, am officially going celibate…no matter how hard that makes things.

But there's nothing in the rulebook that says I can't be friends with a woman. And I won't lie—my new classmate Demi Davis is one cool chick. Her smart mouth is hot as hell, and so is the rest of her, but the fact that she's got a boyfriend eliminates the temptation to touch her.

Except three months into our friendship, Demi is single and looking for a rebound.

And she's making a play for me.

Avoiding her is impossible. We're paired up on a yearlong school project, but I'm confident I can resist her. We'd never work, anyway. Our backgrounds are too different, our goals aren't aligned, and her parents hate my guts.

Hooking up is a very bad idea. Now I just have to convince my body—and my heart.

A New York Times, USA Today and Wall Street Journal bestselling author, Elle Kennedy grew up in the suburbs of Toronto, Ontario, and holds a B.A. in English from York University. From an early age, she knew she wanted to be a writer, and actively began pursuing that dream when she was a teenager.

This feature require that you enable JavaScript in your browser.
END_OF_DOCUMENT_TOKEN_TO_BE_REPLACED

END_OF_DOCUMENT_TOKEN_TO_BE_REPLACED

This feature require that you enable JavaScript in your browser.
END_OF_DOCUMENT_TOKEN_TO_BE_REPLACED